Sex and the City Dog

“That’s disgusting,” a woman said one cold morning on the Promenade. Marie and I looked around. Did one of the dogs have diarrhea? It took us about 45 seconds to figure out what she was talking about. Daisy was humping Tuppence. “They’re dogs,” Marie said. “There are children out here!” the woman stormed. Recently a woman rushed out of Powerhouse Books. “Can’t you stop them?” Pickering was wrestling with her dog, under her husband’s watch. “This is a public place.” “They’re playing,” I said but she looked pointedly behind me. Daisy had mounted Hermia, and Bangor promptly hopped up on Daisy. “She’s alpha,” a neighbor insists of Daisy’s humping. 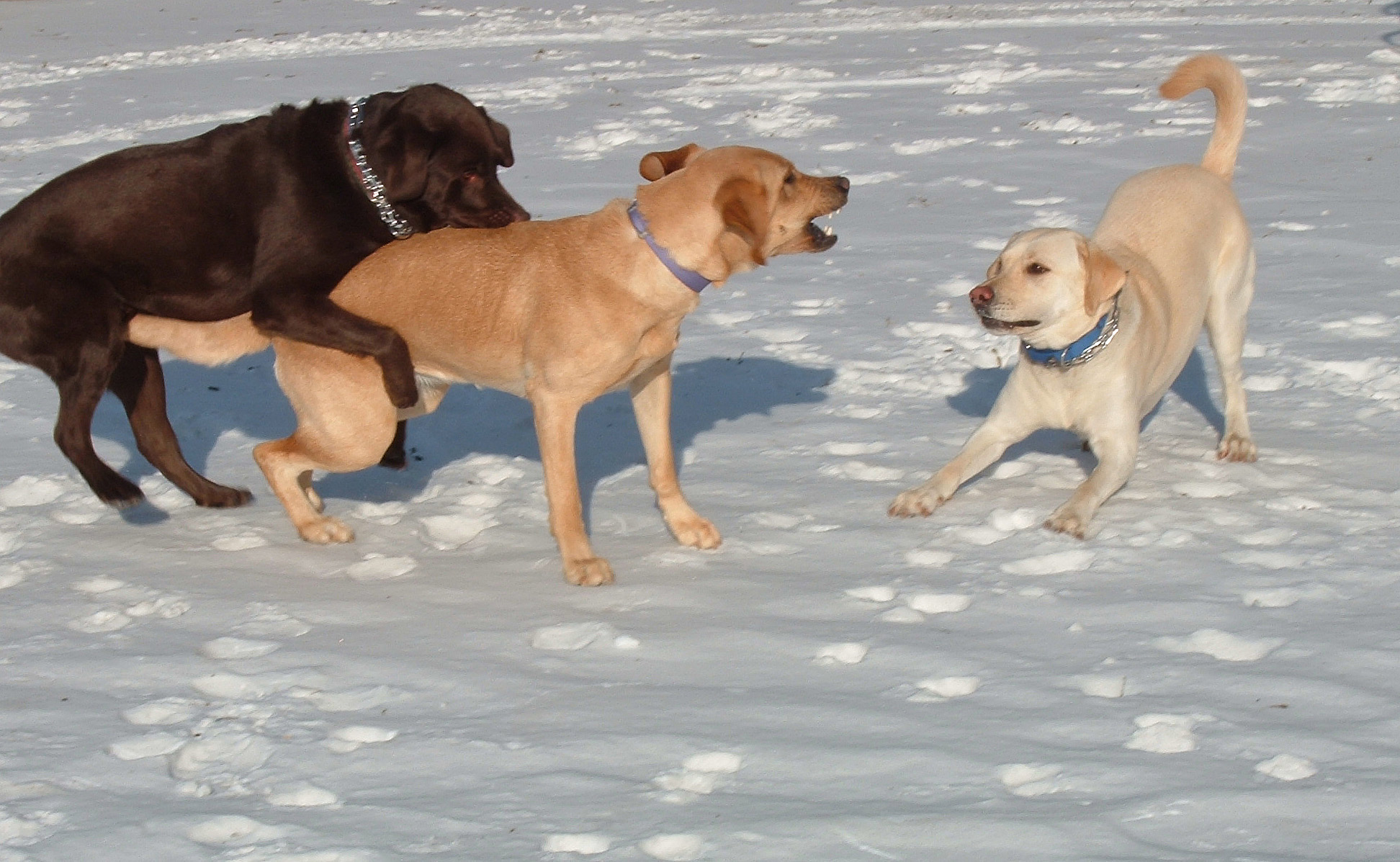 I don’t cotton to the alpha theory, for lots of reasons. When Daisy plays with her pals, she throws herself on her back and wrangles from the most prone position. If she fancied herself Alpha Dog, she wouldn’t offer herself as the immediate victim. Moreover, Daisy doesn’t object when her swains mount her. If it’s in the middle of playing, she may sit down and occasionally snap her jaws at her boyfriend, but mostly she waits it out with a boys-will-be-boys look on her face. Among my posse, there is love as well as sex. Daisy is the first dog Bangor greets when I pick him up with the others in tow, and Hermia is the only dog Daisy grooms, just as Daisy is the only dog Bangor grooms. They lick and chigger their beloveds from head to toe. Daisy loves me, too, and if Hermia threads through my legs for a butt rub, Daisy is sure to hump her. Jealousy does not, in the dog world, sully love. They co-exist in their pure states. Humping is another means of communication, along the lines of a play-bow or the tail-wag. If Daisy wants more wrestling with Bangor, she mounts him. When Hermia complacently and habitually ignores her, Daisy hops on, sometimes borrowing from the Kama Sutra to hump her backwards. Humping annoys me because our progress is slowed when one dog is walking under another dog’s weight. I once counted how many times Daisy tried to mount Hermia in the seven blocks between stops. Eighteen incidents of “Daisy!” followed by a “Yo!” that generally does the trick. When it doesn’t, consider how tiring it is to haul off first one 75-pound beast and then another. Leashes tangle, a dangerous moment if an enemy or a friend walks by. For my shoulders and all our safety, I keep it to a minimum. If obscenity is the issue, then we might as well ban dogs from the city. Most male dogs are flashers. What we variously call their “lipsticks” or “little red rockets” protrude when they sit down, and every bitch who has had a heat has a pronounced vagina and teats. They clean themselves constantly (“because they can”), they defecate with gusto, and they’re sniffing each other’s butts they way humans give each other the once-over. Farm kids wouldn’t think twice about animal copulation – why are Brooklyn kids so sheltered? Maybe we should ban love and sex while we’re at it. I’ve never seen anyone walk up to all-but mashers on the Cadman lawn or to late-term mothers-to-be whose bare stomachs are hanging out with rants about corrupting children. There are more complicated questions to answer about human behavior than there are about dogs. So if little Madison asks what’s going on, I hope I’ve given Mommy at least two honest responses. “They’re loving each other, sweetums.” “They’re playing dog games. See how they’re smiling?”