By Chuck Taylor on August 28, 2012 9:42 am in Architecture, Brooklyn Heights, Landmark Preservation

The 10-story Queen Anne beauty at 62 Montague Street, near the entrance to the Promenade, is at last revealing its two-year massive facade restoration. In September 2010, the coop building began a meticulous project to repair and restore every iota of its brick, mortar and terra cotta exterior; this week, the scaffolding is coming down, level by level. 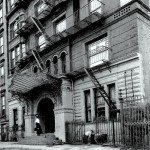 The Harbor View Apartments, later named The Arlington, were completed in 1887. The building was designed by Montrose W. Morris, with architectural firm Parfitt Brothers overseeing the project—as well as the Montague, Grosvenor and Berkeley apartment buildings on Montague Street.

The Arlington originally contained 20 family apartments and 10 “bachelor”—or studio—units. For its first 20 years, it was the tallest residence in the Heights. And now, it’s the building I call home. For more history, see the BHB post “A Love Letter To Brooklyn Heights” from March. 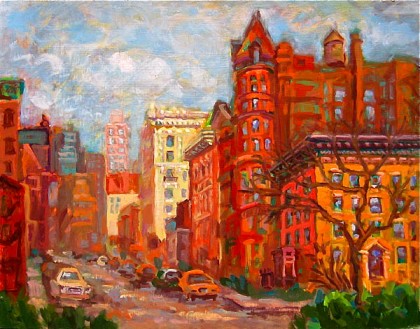 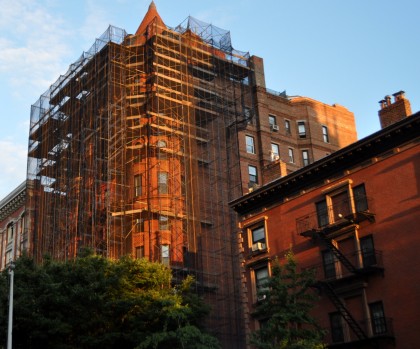 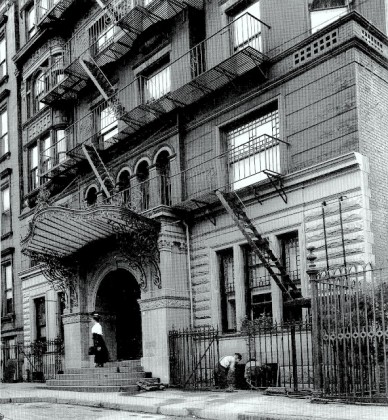