Yesterday morning I took my usual walk along the Promenade and down Squibb Hill to Pier 1, Brooklyn Bridge Park, where I joined the group assembling for the bird tour. Our guide was Carolyn (at left, in green top, in the photo) who began by regretting how hot it was and noting that this meant birds would be harder to find than usual. Nevertheless, our little expedition enjoyed some success. More photos and text after the jump.

We didn’t have to go far before encountering some birds of several kinds, including barn swallows, mockingbirds, a rock pigeon (not as common as before, Carolyn noted, because of the increase in the population of hawks and peregrine falcons in the city) and two different kinds of sparrows. Unfortunately for me and my little point-‘n’-shoot camera, by the time I could aim and shoot they were gone. 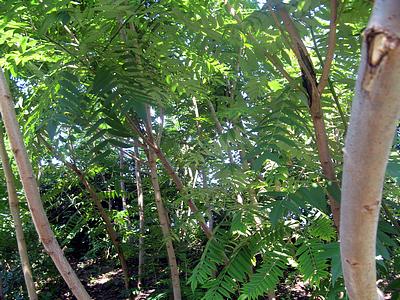 There was a catbird in here a moment ago, I swear!

Our luck improved as we got near the water. 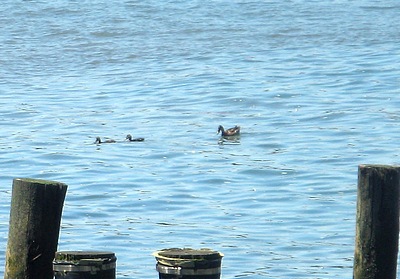 Here’s a mother mallard and two youngsters paddling past the pilings. Carolyn said the males leave in spring after the ducklings hatch. (No doubt they repair to a place where they can smoke cigars, drink beer, and watch the Stanley Cup playoffs.) 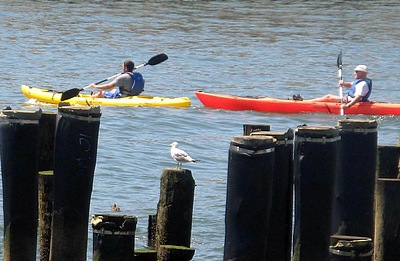 We also saw this gull perched on a piling as kayaks passed. 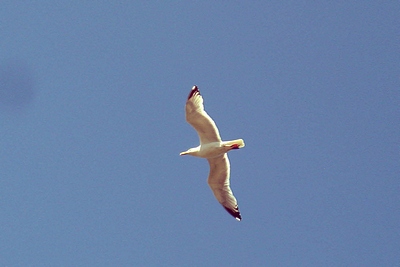 Another gull was soaring overhead. 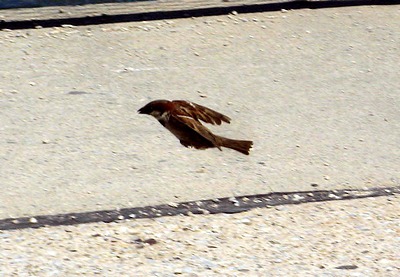 A house sparrow glides to a landing. 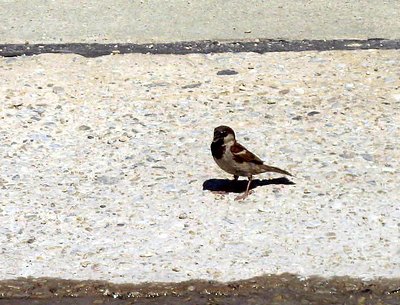 Here he displays his black breast, marking him as male. House sparrows are an invasive species, brought here for sentimental reasons and because they have a prodigious appetite for insects. The story of how they were brought to New York and of their subsequent conquest of North America is told on a sign at the northwest corner of Hillside Park. 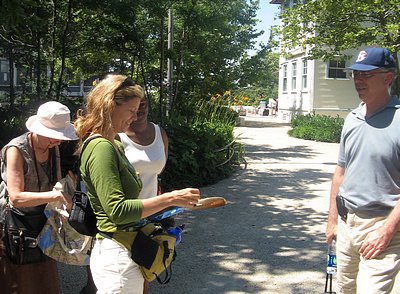 After the tour, Carolyn showed her feather collection.

All in all, not as productive of good photos as the tour I took last year, but very informative, thanks to Carolyn’s considerable knowledge. 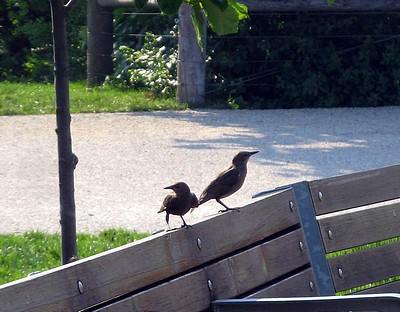 This morning, I took an early walk down to Pier 1 and saw lots of birds, including this mockingbird pair perched on a park bench.

There’s Water in the Pool
Theater 2020 Offers Another Chance to See a Work in Progress: Lady Susan