The Birds of Brooklyn Bridge Park

Yesterday morning, your correspondent joined with members of the Brooklyn Bird Club, led by President Peter Dorosh, and others, for a guided tour of bird life that can be seen on or from Pier 1, Brooklyn Bridge Park. Peter began with a short talk about what birds could be seen here. Since Pier 1 opened just over a year ago, 56 species have been spotted there. Many of them, he said, are migratory birds passing through on the way north in spring, or south in fall. Only thirty percent of birds survive each migration, most falling because of natural or human-made barriers in their path. The increasing number of human-made barriers, such as tall buildings and cell phone towers, means more birds are being lost.

Shortly after beginning our walk, we spotted several common grackles, including the one in the photo above, showing the iridescence of its feathers as it takes flight. (More photos and text after the jump.) 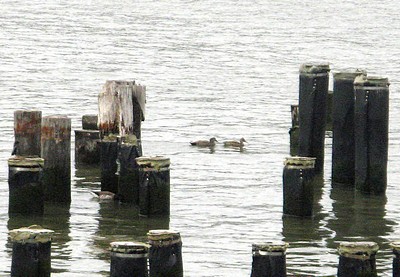 On reaching the south end of the pier, we saw two gadwall ducks swimming past the pilings. 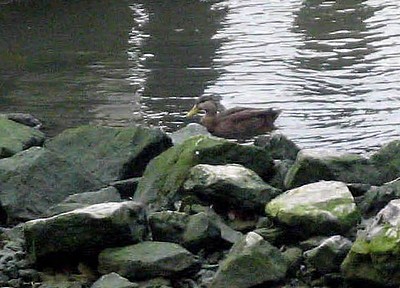 An American black duck was poking around in the water between the pilings and the rocks at the edge of the salt marsh. 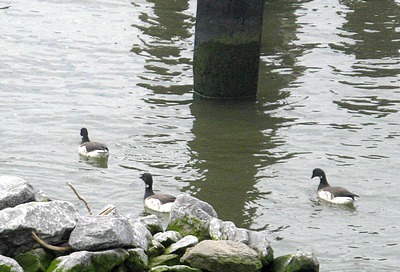 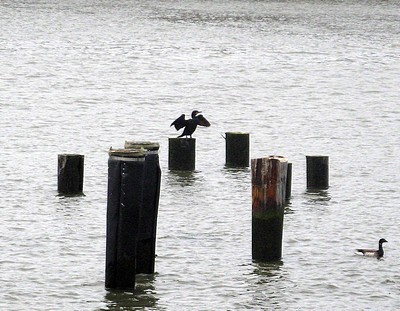 A double crested cormorant dried its wings while resting on a piling. Unlike ducks and geese, cormorants don’t have water-repellent feathers, so they must dry off after each plunge. I got a much closer photo of a cormorant four years ago, in what is now part of Brooklyn Bridge Park further north. 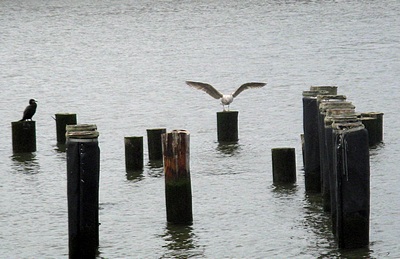 A herring gull alit on a nearby piling, as the cormorant watched. 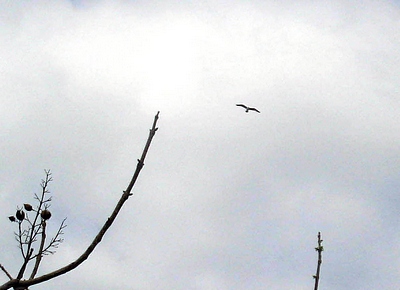 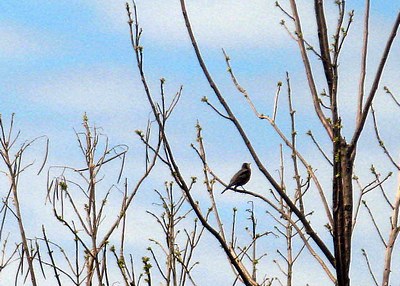 Perched on a branch, an American robin filled the air with song. 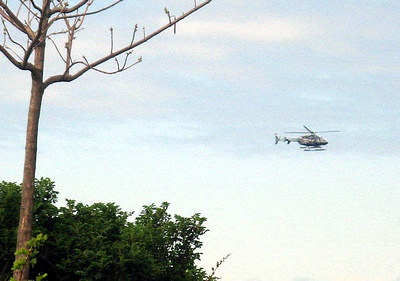 Unfortunately, a few moments later, this whirlybird, one of many that flew near the Park, drowned out the robin’s song. 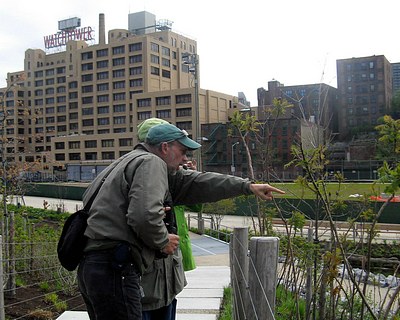 “Hey! What’s that over there?” 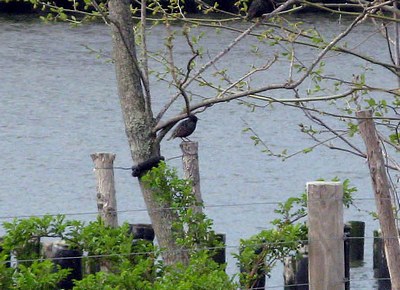 “Just a starling.” Starlings are an invasive species; the many millions distributed widely over North America today are all descended from forty pairs brought from Britain and released in Central Park by a man who wanted it to be a home to every kind of bird mentioned in the works of Shakespeare.

So, thirteen species (the ones shown above, as well as three kinds of sparrow and a mourning dove, all of which eluded my camera, and not counting rock pigeons, another invasive species) in an hour and a half walk. Not bad.