The ISSUE Project Room brings in architect and community leader Tom van den Bout as its new Board Chair. The nonprofit member of the Downtown Brooklyn Arts Alliance, established in 2003 by artist Suzanne Fiol, is an outpost for cutting-edge, multi-disciplinary arts in the borough.

Brooklyn Heights resident Van den Bout is an architect and founding partner with NV/design.architecture in New York. Before launching the company in 1995, he worked for several other prominent architectural firms. He also served as President of the Board of Governors for the Brooklyn Heights Association for three years, and a Board Member for 12+ years.

He has lived in the Heights since 1991, and brings to ISSUE a strong background in community service. His BHA work focused on development of Brooklyn Bridge Park, preservation and the BHA’s centennial. Van den Bout also served on the boards of the Dodge YMCA, Prospect Park’s Audubon Center and as Chair of the Landmark Committee of Brooklyn Community Board 2.

Van den Bout succeeds the four-year term of Steve Wax, a partner at Campfire media and founder of Cine Manifest and Chelsea Pictures. In addition to van den Bout’s appointment, the Board elected consultant Jeanne Lutfy, former President of the BAM Local Development Corp., as Vice Chair; and David Sims of Lever and Beam, LLC, as Treasurer. Marcus Brauer, of Russell Reynolds Associates also joins the Board.

Van den Bout comments, “It’s an honor to serve as chair for such a wonderful board and such a vital and important performing arts organization. This is an exciting time at ISSUE. Our move to the historic theater at 22 Boerum Place, the impending renovation of the space, the growth of our audience and connection to a new neighborhood will create new opportunities for our organization and the artists we support.” 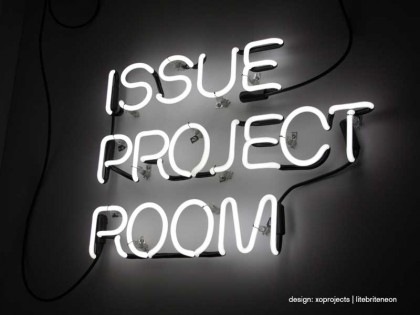