The Park Slope Patch features a series of dramatic photos taken by members of the Prospect Park Track Club, who organized a run to the Promenade Friday from Grand Army Plaza to witness the retired NASA space shuttle Enterprise zip around New York City.

The group joined hundreds of Brooklynites on the Promenade to watch the skies come alive as the Enterprise—piggybacked on top of a Boeing 747 Shuttle Carrier Aircraft—entered the NYC Harbor from Washington D.C. The space shuttle put on a show for New Yorkers, flying over the Statue of Liberty, past the Intrepid Sea Air & Space Museum (its ultimate home), up to the George Washington Bridge, then making a U-turn to JFK Airport, where it will be housed until it goes on permanent display.

The run was organized by Prospect Park Track Club VP Michael Ring, who told the Patch, “It’s the thing to do today. We run to see weird and strange things, but today we were able to connect our run to a historic event.” 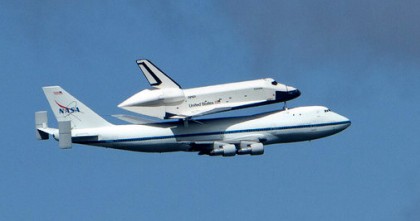 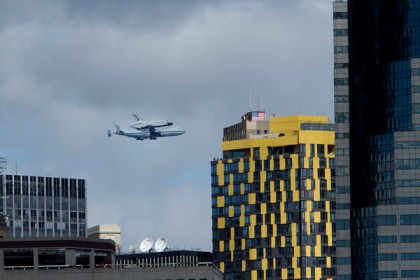 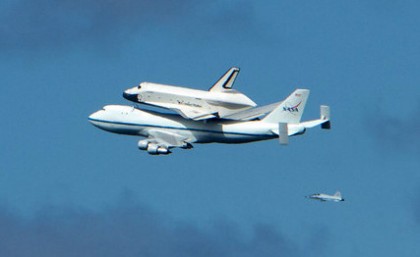 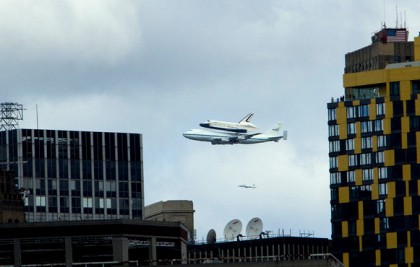