By Homer Fink on October 23, 2006 10:45 pm in Arts and Entertainment, Celebrity Residents, History 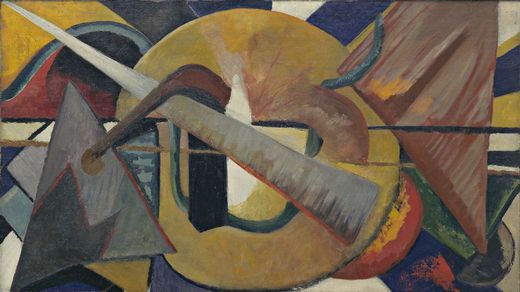 New York Times: Societe Anonyme: Modernism for America: Katherine S. Dreier (1877-1952) was a painter, collector and patron with a small private fortune, a passion for Modern art and a fashion sense that rivaled Eleanor Roosevelt in dowdiness. Her parents were well-off German immigrants in Brooklyn Heights who reared their children to be movers and shakers. Dreier’s two older sisters were leaders in the women’s labor movement. Dreier, active in women’s suffrage, made art the object of her similarly formidable brains, energy and organizational skills.

In 1919, with Duchamp as her muse, Dreier more or less invented the concept of the modern-art museum, which she envisioned as an institution of international scope dedicated to making the art of the moment comprehensible to the public, through exhibitions, publications, lectures, concerts and a library. She would later, somewhat painfully, watch Alfred Barr bring the idea to fruition in the 1930’s with the Museum of Modern Art, helped by a more diplomatic personality and substantially more financial support. (Dreier was no Rockefeller.)

There Go the Judges
Autumn on the Promenade