Filming for a New York Lottery commercial continued throughout the afternoon Tuesday March 20, in front of Banana Republic at 133 Montague Street. This morning, Heights resident Rick Elkin shared with BHB that the action was focused on a vehicle with smashed windshield and a felled lamp-post. Ouch!

By mid-afternoon, the storyboard had evolved to a crowd of zombies collected around the shiny new newspaper vendor site in front of City Chemist at 129 Montague (with a car now completely overturned), apparently consumed with deadly desire to purchase NYC lottery tix. Meanwhile, a mob of ghoulish extras sat along Henry Street in front 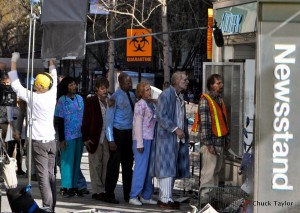 of NY Kids Club, waiting their turn as the action progressed.

At least a hundred or so locals gathered at the corner of Montague and Henry to gaze upon the zombie spectacle by 5 p.m., armed with cell phone cams, amid a spirited, accommodating crew. Below the jump, see a half-dozen pics from the zombie-fest. 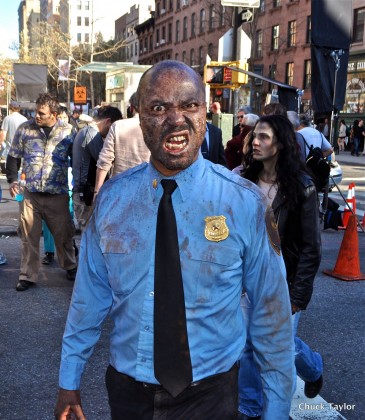 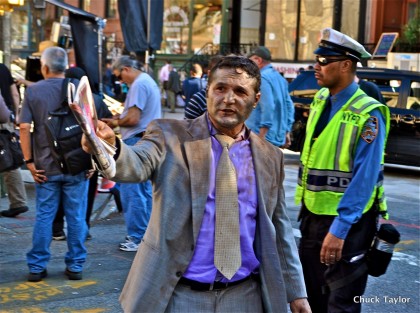 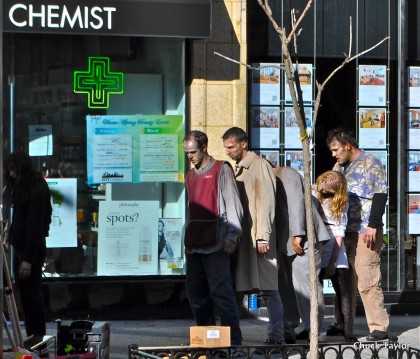 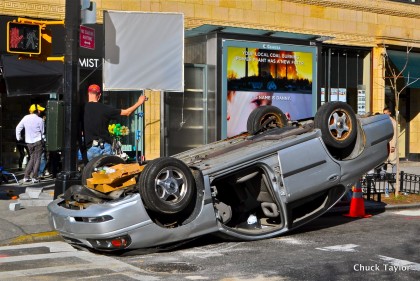 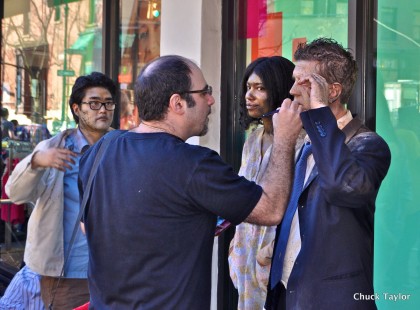 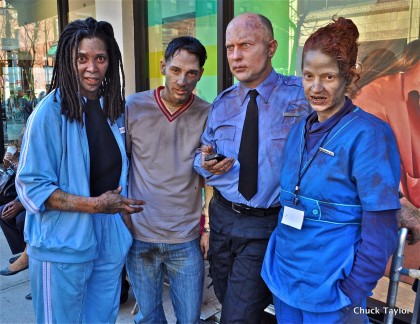 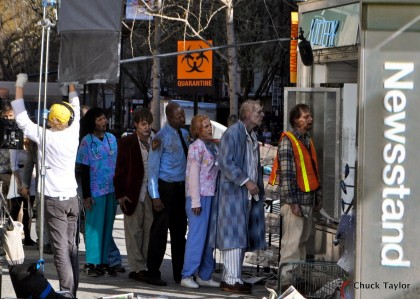