75 Clinton Sold For $50.8M To Invesco Before Shifting From Condo To Rental

The 74-unit, nine-story 75 Clinton Street shifted from a condo conversion to rentals late last month, following its purchase by Invesco for $50.8 million. Crain’s reported that the Dallas-based investment firm had taken over the building January 26, with Brownstoner confirming the deed filed with public records this week.

Among reported amenities in the building: a 24-hour doorman, common rooftop terrace with harbor and Manhattan views, a fitness center and bike storage room. The Corcoran listing is here.

Angela Ferrara, VP of sales for The Marketing Directors, the project’s marketing firm, told Crain’s, “75 Clinton was built as a condo so the level of finishes is amazing. Renters will be getting multi-million dollar homes for far less than they would have paid if they bought it.”

Invesco also paid $57.5 million for the 95-unit residential building Arias Park Slope in that Brooklyn neighborhood—which was also originally conceived as a condo and is now repositioned as a rental.

Meanwhile, back in Brooklyn Heights, another new commercial-to-residential conversion is nearing completion one block down from 75 Clinton: the 40 unit property at 101 Clinton Street & Joralemon. 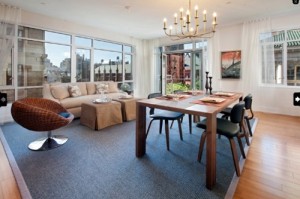 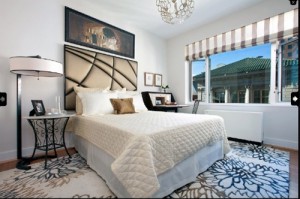 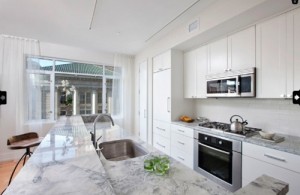