Fashion photographer & artist Peter Koval is featured in local newspaper The Tribeca Citizen with examples of his neighborhood sketches, many of which portray that NYC neighborhood when he lived there from 1997 to 2001. Koval now resides in Brooklyn Heights, and earlier this year began sharing a number of watercolor drawings capturing scenes in our nabe.

His photography has been featured in Harpers Bazaar, Maxim, LA Confidential, Elle and Ocean Drive, while his landscape sketches are just beginning to garner acclaim.

In many, he includes the temperature during the moment he captured the locale, telling the Citizen: “I want to remember the feeling or quality of the environment when I sketched it. When I look back on a sketch that says 97 degrees, it brings back the feelings I had when I sketched it. I also believe it gives the sketch another level of observation for the viewer.” 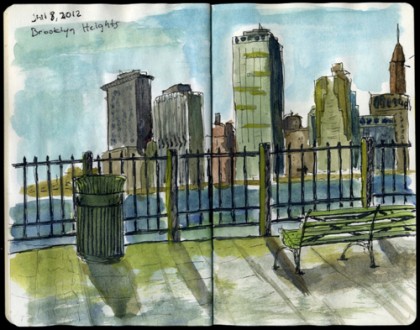 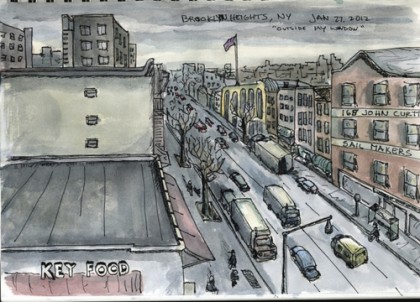 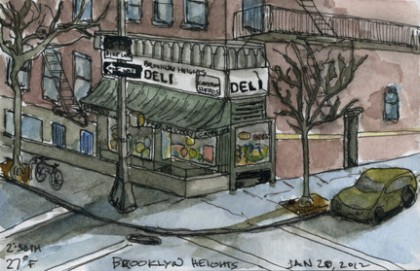