Despite City Council approval February 1 of the Borough Hall Skyscraper Historic District, which designated 21 buildings along Court Street as a new landmark district, the debate continues in an Op-Ed He Said/He Said piece in the Brooklyn Courier. Commentary is offered from supporter Philip Magnuson, chair of the Brooklyn Heights Assn. Landmark Preservation Committee; and opponent Steven Spinola, president of the Real Estate Board of New York.

Read both pieces in their entirety here, with edited highlights below…

Philip Magnuson
The Borough Hall Skyscraper Historic District, with the splendid Greek Revival Borough Hall and North Plaza at its focus, is figuratively and functionally the urban center of Brooklyn, located at the civic, business, education and transportation hub of the borough. It is the interface of the vibrant neighborhoods of Metrotech, Fulton/Downtown, Court Street and Brooklyn Heights. They all share the new district as a historic core and a distinctly Brooklyn’s “Town Square.”

This historic district is on its way to cohesion and vitality. Also, like so many inner city districts now returning to robustness, it is rich with a varied, significant and potentially endangered architectural context. The assemblage of important, large-scale, early 20th century skyscrapers along Court Street, each with its own exuberant historical style, embrace a richness and scale befitting the official and commercial heart of Brooklyn. The skyscrapers play a significant role in defining the singular quality of this area.

The designation of the Court Street skyscrapers is a timely step in recollecting, acknowledging and preserving Brooklyn’s urban richness. We believe the Borough Hall Skyscraper Historic District will safeguard and support the present and future renaissance of this unique neighborhood.

Steven Spinola
The creation of a Downtown Brooklyn Skyscraper Historic District is unwarranted and would add burdensome costs for local property owners and retail tenants. The Real Estate Board of New York believes there is no need to create a special historic district in this area of Downtown. In fact, the report of the Landmarks Preservation Commission notes that several of these buildings have no distinctive architectural style worth protecting and have undergone numerous renovations over the decades.

More troubling, creating a special historic district would impose millions of dollars of additional costs on existing property owners and retail tenants. Once an area is landmarked, significant added costs (are) attached to property improvements; one must acquire additional city approvals and it takes longer to secure such approvals, and all improvements are subject to review.

Many require further review by the Landmarks Preservation Commission, which often requires plans to be redone and certain materials to be used, which adds time and cost to any renovation. These delays often result in massive losses for retailers and landlords because space sits empty while awaiting commission approval.

The commercial office market on Court Street is already suffering with a 17% vacancy rate. The landmark designation will impose an additional tax on such space, making it more difficult to rent and provide less incentive to upgrade. This proposal will harm rather than help the properties in this district. 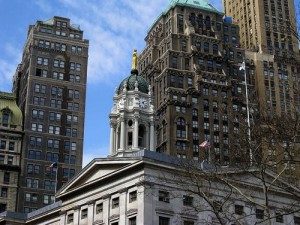