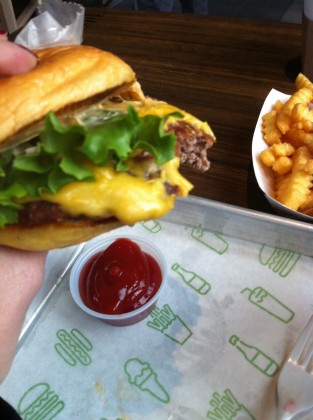 I make no bones about my love of Shake Shack—yes, the lines are long, but I will happily endure for their burgers. I even missed the first pitch thrown at Citi Field because I was waiting for a Shake Shack Burger. And I’d do it again. Especially because what have the Mets done for me lately?

Having said that, I completely forgot about Opening Day of Downtown Brooklyn’s Shake Shack until I saw Councilman Stephen Levin’s pics of the Burger Summit on his Facebook page. I was out of my apartment faster than you can say, “But what about the blotter, Heather?”

My friend Colleen (aka @grrlgenius) came with me. Pics after the jump.

Here’s the Burger Summit I was telling you about. (Photo courtesy Stephen Levin.) 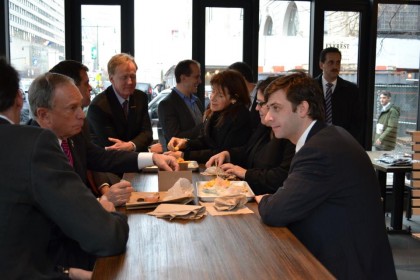 This action shot is of Colleen opting for a healthier alternative to a burger—custard. At least, I think it’s a custard. It’s called a Concrete, and this one is named “Borough Precedent” after guess who? (I’ll give you one guess.) It has fruit in it so that’s healthy. Also granola. Because what says Marty Markowitz more than fruit and nuts? (oops, I just gave away the answer.) 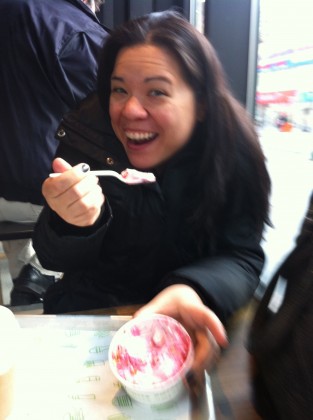 I went for the classic Shack Burger—burger, lettuce, ShackSauce, and good ol’ American cheese. But hold the tomatoes because I hate those things. Also had fries and a yummy Black & White shake. I highly recommend pairing fries with a shake. 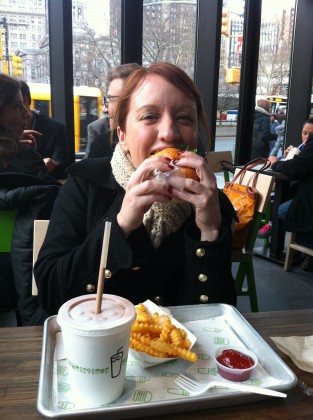 But aside from the great food (and quick wait—you get one of those vibrating things that alert you when your order is ready. Like in Olive Garden! Without the guilt of going to Olive Garden!) the service was terrific. I feel like the dining experience in New York leaves a lot to be desired, and one tends to expect even less at a fast food joint. But the employees were friendly, and after Colleen and I were finished, one offered to take our tray and asked how we liked everything. And seemed like she actually cared!

Who knows if the glory will last but for one brief shining moment, here in Downtown Brooklyn, there was … well, not Camelot. More like Fun Land. Which is even better. 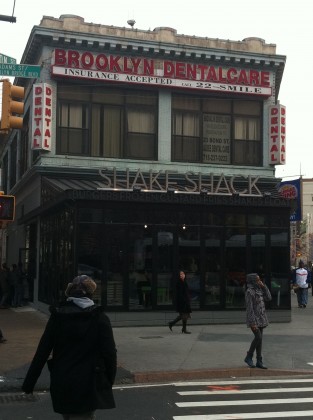 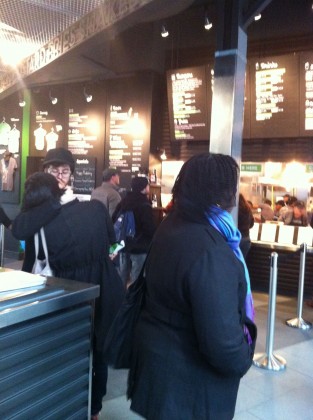 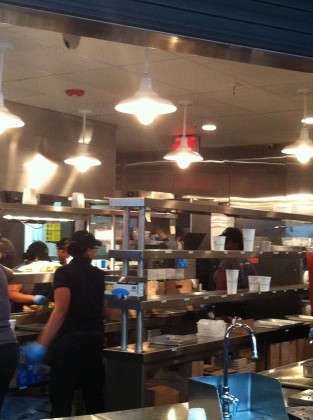 I, however, love that stainless steel. 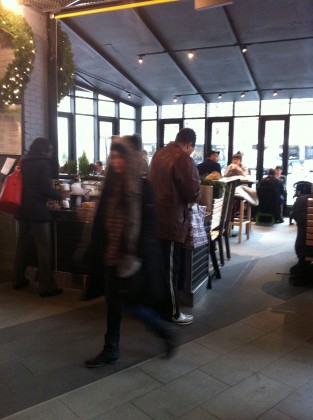 The interior is almost unrecognizable from the way it was as Tony’s Pizza. 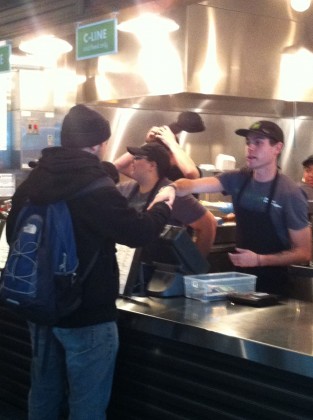 And here’s your change. So long!