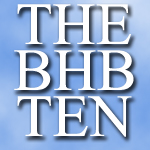 Bumping this post back up top as we near the publication of this year’s list on Monday.

In 2008, we started compiling a year-end list of the most interesting/influential/fascinating folks in Brooklyn Heights.

The first BHB Ten was topped by our then newly elected NYS senator Daniel Squadron. Elected the same year as President Obama, we noted that he brought us our own “face of change.”

In 2009, Doug Biviano led the field due to his campaign for NYC Council that we called a “mash-up of Mr. Smith Goes to Washington and Al Pacino’s performance in And Justice For All .”