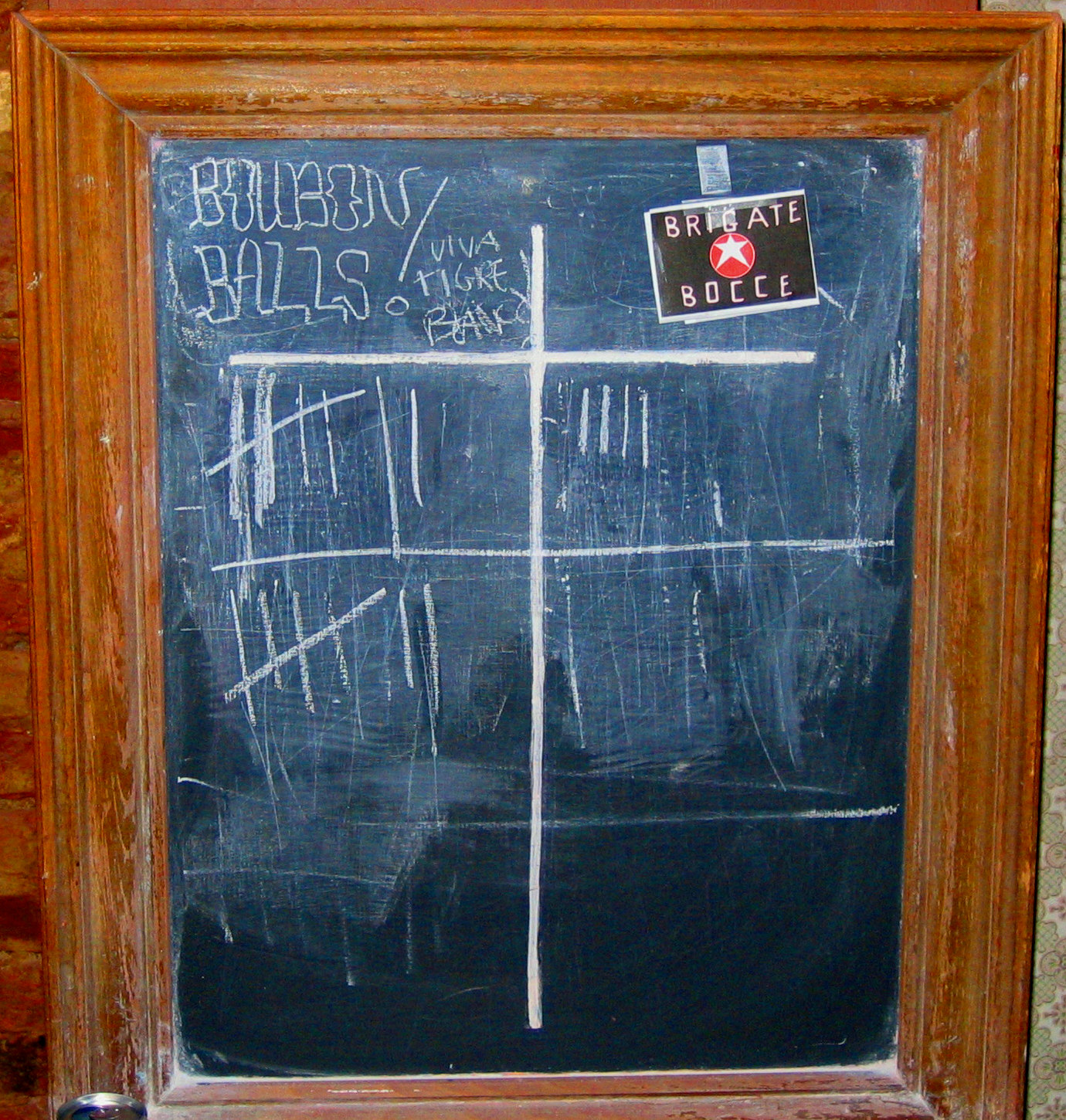 It was a tough second week in the Floyd NY Fall Bocce League for Homer Fink's Brigate Bocce as they faced the very serious Bourbon Balls. Capo Homer Fink and consiglere Qfwfq were joined this week by Twofones and Dr. Mark (winner of the 2005 Vincent Family Bocce championship).  The addition of such firepower proved futile as the Brigate was blown out in two sets – 7-4 and an embarrassing 7-0.

"Must have been all that Piels Real Draft," Fink says. "Heck, I only drank 'em because I love Bob and Ray."

Fink looked down into his beer and added, "A hundred and eighty six million dollars for this team and this is all I get? Ooofah!"

After the game, Fink bandied about such phrases as "practice" and "strategy". But he was most obsessed with the team's new logo as seen in photo above and screaming that he'd love to meet the Brooklyn Eagle mascot.

Next week the Brigate faces off against Old Dirty Barristers, who Fink says, "might actually be good."