Scenes From a Saturday Stroll 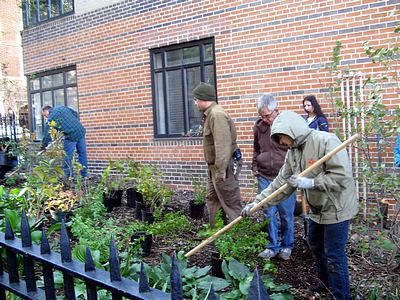 On Saturday morning, Jonathan Landsman and his crew were busy planting by the Clark Street entrance to the Promenade. More photos and text after the jump. 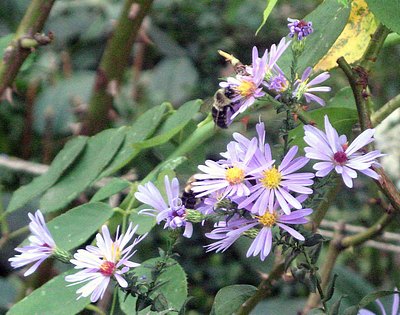 Because of an intervening commitment, by the time I got to the Poplar Street Community Garden the folks were packing up their gardening equipment after a hard afternoon’s productive work. But some workers were still busy there: I’ve included this photo in honor of BHB reader Lois, whose husband was a beekeeper. 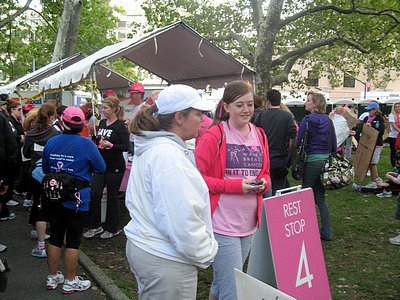 Early in the morning I’d heard a rumor that #Occupy Wall Street was relocating to Cadman Plaza. That didn’t seem to make much sense, but when I got there I saw a large crowd assembled around some tents on the Cadman Plaza East side. As I approached, I noticed that lots of the people were wearing pink. It proved to be a rest stop on the Avon Walk to End Breast Cancer.