Is the New Hot Spot Spicy?

The customers at the new Spicy Pickle restaurant [143 Montague Street] seem to think it’s a “spicy” new hot spot. The people I spoke to were return customers who raved about the food. Others walked in and already knew what they wanted – like they were old time Spicy Pickle regulars. 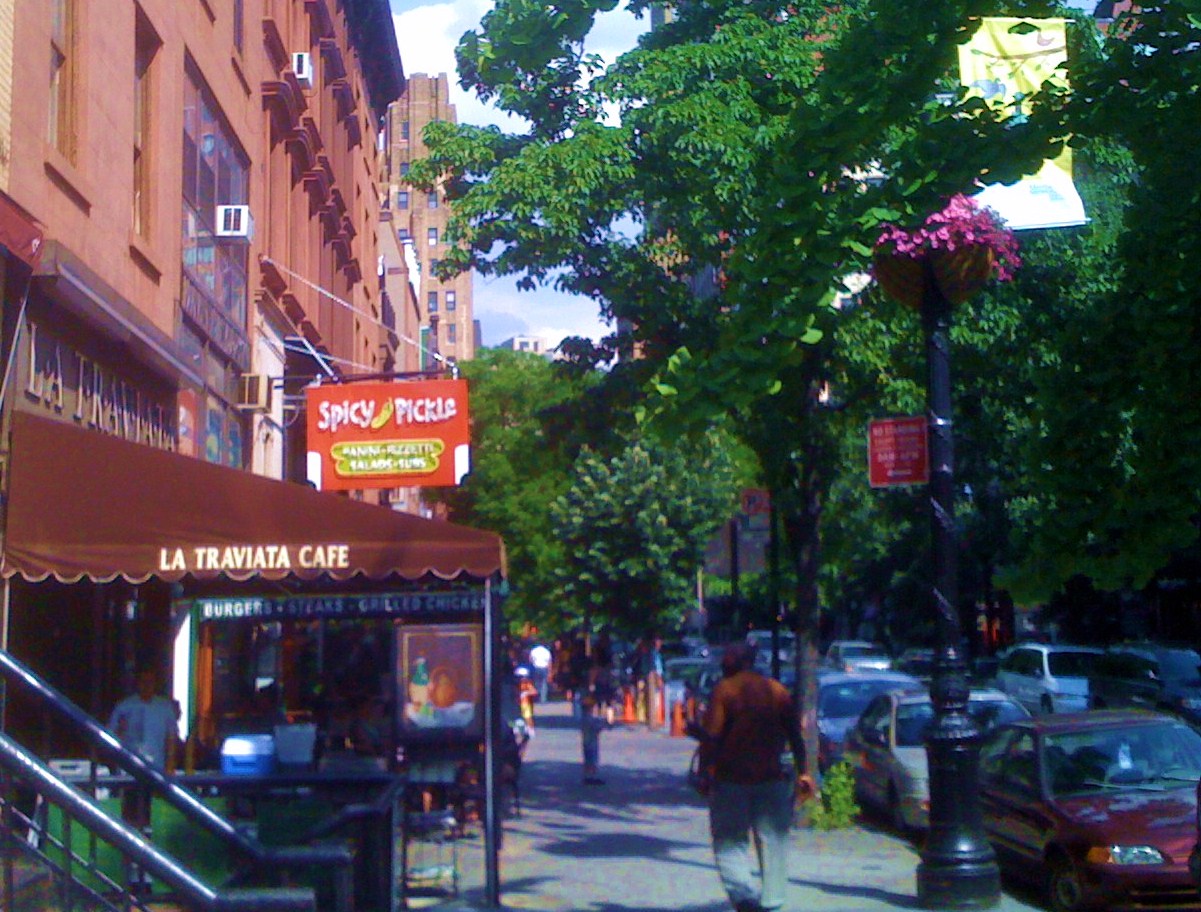 What makes it different than other franchises? It has a neighborhood feel. First, I was greeted cheerfully as soon as I walked through the doo

r. Bob Sheahan Jr., one of the partners, stressed this was important to him.  Also, he insisted on showing the space’s character by exposing the bricks on one wall. It does give it less of a cookie-cutter feel. He and Jon Young (the other owner) want the restaurant to become part of the Brooklyn Heights community. Jon is already a resident of the nabe and Bob is looking to move here shortly.

I was surprised to hear that the breads/muffins are baked on premise from scratch. That is a nice touch, and they will have free Wi-Fi soon.

The owners are aware that people are somewhat upset about yet another franchise hitting Montague Street. They want to show you that this franchise is different. Bob said all he wants is for people to give it a try and let them convince you.

I haven’t had the food personally yet, but I plan on going in the near future. If you have, let me know what you think.

Byrne Picked for Peck Honor
Towns Won’t Debate Powell or Old Man Take a Look at My Life, I’m a Lot Like You Were