Brooklyn Heights resident/actor Paul Giamatti played many parts in a lot of movies before his breakthrough role as Harvey Pekar in American Splendor (2003). We thought it would be fun to make a list of 10 of his notable pre-Splendor screen appearances. Our list of Giamatti’s 10 Most Memorable Supporting Roles after the jump.

10. Singles(1992) – Billed as “Kissing Man”, Giamatti is part of the world’s most annoying Generation X movie ever made for less than a minute. While the movie was a steaming steaming hunk of crap, it was young Paul’s third role (according to IMDB), so it served humanity since the job likely encouraged him to continue acting. No Singles, no Sideways! 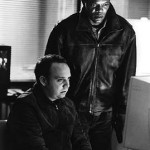 9. The Negotiator(1998): There’s not much oxygen left in the room when appearing in a movie with two giants like Samuel L. Jackson and Kevin Spacey. But Giamatti, as the Rosencrantz and/or Gildensternesque “Rudy” provides some comic relief in an otherwise routine Hollywood thriller. 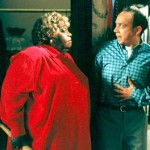 8. Big Momma’s House: For your humble publisher being in a Martin Lawrence movie is totally amazing. There’s nothing funnier than Mr. Lawrence at his best. Giamatti, who played FBI agent John Maxwell in this brilliant tour de farce apparently agrees. Earlier this year he told reporters, “I actively wanted to do that movie. It was funny…Now they’re doing a third one? Holy s**t. I’m amazed. I’m amazed that thing has gone so far.” 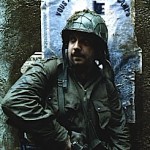 7. Saving Private Ryan(1998): You may have been too busy being spellbound by this Spielberg masterpiece to have noticed Giamatti’s role as Sgt. Hill. However, his role in this movie has inspired some very disturbing fan art. 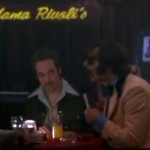 Man on the Moon (1999): Giamatti has the plum role of Bob Zmuda in this Andy Kaufman biopic. Zmuda was the comic’s friend and sidekick and both of them took turns playing Andy’s alter-ego Tony Clifton. After the release of the film, Zmuda admitted that he, posing as Clifton/Kaufman, appeared on the David Letterman Show and that the host was totally unaware of the ruse.

4. The Truman Show (1998): Before Moon Giamatti played a supporting role in this other Jim Carrey movie. Playing the Control Room Director he’s totally overshadowed by Ed Harris’ Cristof, the egomaniacal ringmaster of the faux reality program.

Private Parts (1997): Giamatti plays the infamous “Pig Virus” (aka Kenny and known as Pig Vomit in the movie) in this Howard Stern biopic. Love or hate the shock jock, this film put Giamatti on the radar of Stern’s rabid fans – no doubt an asset when American Splendor hit the screen in 2003.

Deconstructing Harry (1997): Notable mostly because this is a Woody Allen film and Giamatti’s personae in film seems a comfy fit with the writer/director’s classic characters. Here, Allen is trying his best to be Ingmar Bergman so Bananas this ain’t.  Giamatti plays Professor Abbot. 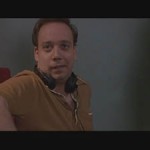 1. Donnie Brasco (1997): This film tops our list due to the career-high performances from Johnny Depp and Al Pacino. That makes it a must see for any fan of great movies. And of course Paul Giamatti, who plays one of the FBI Technicians working with undercover FBI agent Joe Pistone who is posing as mobster Donnie Brasco.