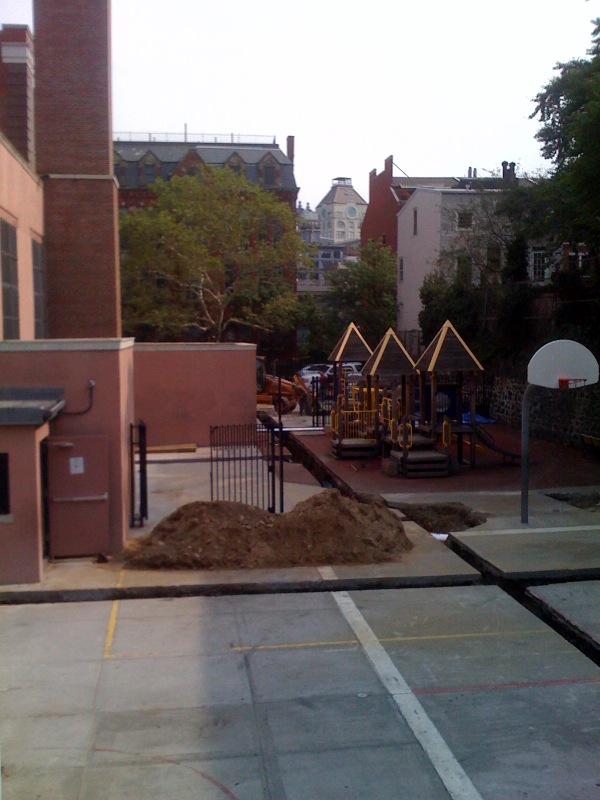 Brooklyn Eagle: P.S. 8 to Get New Building: Tuesday morning, even as the playground was being cleared for the installation of a portable classroom, Schools Chancellor Joel I. Klein announced at a press conference that the Department of Education (DOE) would build a school annex in the parking lot next to the main building.

The School Construction Authority, which will oversee the project, will scope out the work and design the annex this year, then seek bids for the school’s construction. DOE expects the building to be ready by September 2011.