The folks at Brownstoner dive into the conundrum of a planned “major parole facility” moving into the Ratner owned 147 Pierrepont. The building is conveniently located across from St. Ann’s School. Convicted criminals on parole fresh from the joint co-mingling with schoolkids? Sounds like a plan to us. One that may just suck a little bit.
View Larger Map 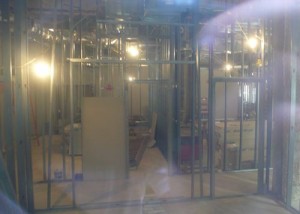 Brownstoner adds, “The new center, which would consolidate two existing parole offices in the Downtown area, is slated to serve 1,700 Federal parolees and be manned by armed guards, according to an email from a member of the school community.” B’stoner also mentions that Congresswoman Nydia Velazquez is organizing a press conference to voice opposition to the plan. A photo posted on the site shows that construction of the office is well under way. Reports say that it will be up and running by mid-August.

But who are these Federal prisoners who will be checking in with “the man” at this new facility? Kidnappers? Drug smugglers? Rogue traders? Martha Stewart (okay, she’s off parole but you get the point)? Is this the worst idea ever…or what?

Update: The Brooklyn Eagle explains everything.

What Are They Building In There?
Brooklyn Heights Featured in New iPhone Demo