By Julie Kanfer on March 14, 2011 9:57 am in Arts and Entertainment, Brooklyn Heights, Celebrity Residents, Literature, Profiles 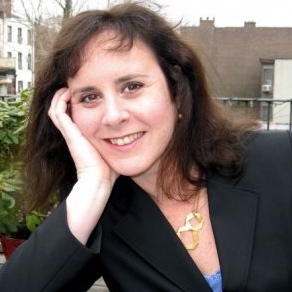 Valerie Frankel—author, blogger, journalist—has lived in Brooklyn Heights since 1992, and in that time has watched the neighborhood change dramatically. Which can be both a blessing and a curse.

“Where Heights Café is now, there used to be this really old-fashioned, greasy diner, where the underside of the table had an inch worth of gum,” she recalled over the phone a few days ago, waxing nostalgic about Montague Street. “The place you go for French fries with brown gravy at midnight.”

The Heights was less gentrified then, and though Frankel, who lives on Garden Place, bemoaned the loss of character that comes with hipsters and big box stores, she likened Court Street north of Atlantic Avenue to “a war zone” when she first arrived.

Now 46 years old, Frankel, a former magazine editor who became a full-time freelancer after her two kids were born, joked about how rarely she leaves the area. “I hate going into the city!” she said, laughing. “I have no needs that cannot be met in Brooklyn Heights.” 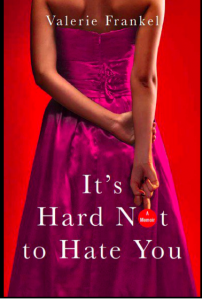 Frankel spends her days in the Heights writing—writing fiction, writing non-fiction, but writing, always. She has penned 16 or 17 novels, by her count; dozens of magazine articles for publications like Good Housekeeping and Self; and one well-received memoir, Thin is the New Happy, in 2008. Frankel’s second memoir, “It’s Hard Not to Hate You,” will be out in September, and focuses on a recent health scare she experienced while also going through a career crisis.

“I resolved to let all the hate out, after keeping a poker face my whole life,” she said, with what seemed like characteristic honesty.

Frankel started out in the promotions department of a magazine that no longer exists, and begged her way into the editorial side, where she got some clips, got fired, and then got hired by the now defunct Mademoiselle, where she stayed for ten years. At night, she’d work on mystery novels that were published but made little money.

Despite years of pouring her heart and soul into being a professional writer, Frankel’s best-known accomplishment, if not her most salacious, came last summer, when she was recruited to ghostwrite a book for a small, tan, Italian meatball. 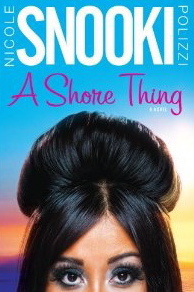 “I loved every minute of it,” Frankel said of working with Nicole Polizzi—better known as Snooki from Jersey Shore—to write her novel, A Shore Thing. “She’s great. I don’t care if it is a sign of the apocalypse. It was a totally awesome experience as a writer.”

The two ladies worked together on the plot, and Frankel was pleasantly surprised by how many good ideas Snooki brought to the table, and by how controversial the seemingly innocuous 23-year old can be. “She sure doesn’t deserve all the hate that comes her way,” Frankel said. “She’s a nice kid.”

The Snooki gig begat another ghostwriting venture, though she can’t say for which celebrity she is currently penning “a whopper of a book,” this time non-fiction. Frankel loves ghostwriting, if for no other reason than it provides an exit from her own head.

“I’ve been writing for a long time,” she said. “It’s always inspiring to challenge myself in different ways.”

She’s also been living in Brooklyn Heights for a long time, and with so many of her favorite haunts—like Pete’s Waterfront Ale House and the Henry Street Tazza—within spitting distance, Frankel and her family don’t plan on leaving anytime soon. And though the neighborhood is, in her view, nearly perfect, Frankel lodged one complaint—inspired, perhaps, by a certain hard-partying Jersey girl?

“I would love there to be a really raucous nightclub, or something,” she said, on the grounds that it would bring more young people, and therefore more energy, to the area. “It’s contagious—the freshness, and excitement. Like this is the place to be.”

For Frankel, it already is.