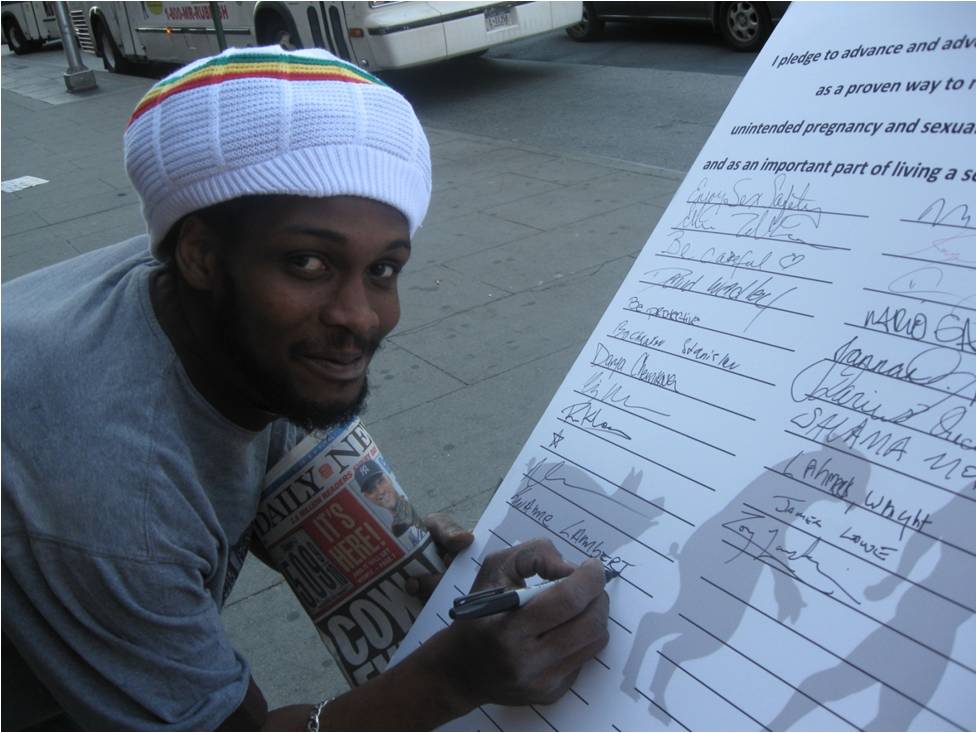 It’s happening between now and 2:30pm at Borough Hall, thanks to Trojans. To get the free jimmyhats, folks must sign a pledge (like this fine gentleman) to USE A CONDOM EVERYTIME THEY HAVE SEX. And from the episode of Maury we watched this morning, that’s a very good idea.

Details from the BHB Inbox:

Temperatures aren’t the only thing on the rise in New York City — according to The New York City Department of Health and Mental Hygiene, 1 in 4 New Yorkers has genital herpes. This is significantly higher than the national average of 19 percent. In response, Trojan crews will be hitting city streets in all five New York City boroughs on Friday just as the weekend kicks off. The teams will distribute FREE condoms to adults and urge them to sign a pledge to use a condom every time they choose to be sexually active to prevent the further spread of herpes and other sexually transmitted infections. These pledges will join the almost 100,000 pledges consumers have made electronically via www.trojancondoms.com.