LPC: No Parking Lot for You, Riverside Apartments 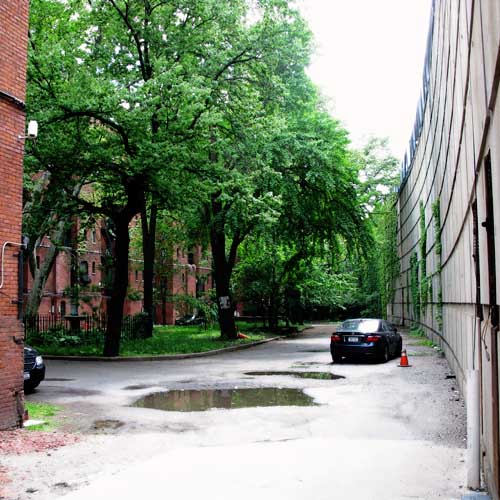 The folks at Brownstoner, who have time for “reporting and stuff” bring us this dispatch about the parking lot project at Riverside Apartments:

Brownstoner: Landmarks Rejects…: The Landmarks Preservation Commission still doesn’t like the Pinnacle Group’s proposal to turn Riverside Apartment’s courtyard ino a 134-car, two-level parking garage (for rendering of the proposal, click here). Landmarks spokeswoman Lisi de Bourbon wrote us, “The [Tuesday] hearing took about 2 hours, and the vast majority of people who testified opposed the propject. The Commission said the proposal needed to be substantially reworked, but took no vote. The Commissioners said that the apartment complex represents a significant improvement in affordable housing during the last decade of the 19th century.