Microsoft Live Portrait Studio on Montague Shuts Down, You Know Just Like Vista 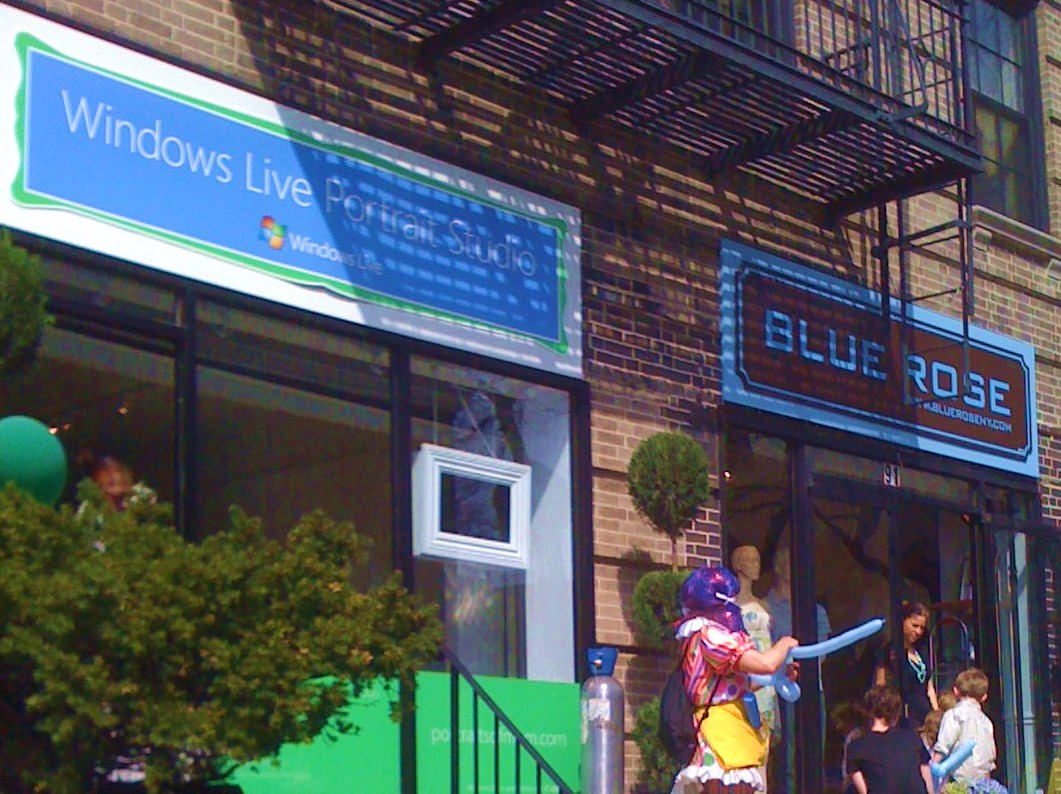 jared.brodsky: A few weeks ago I noticed that Microsoft made an interesting move and opened up Microsoft Live Picture Studio on Montague Street in Brooklyn Heights. At first I did a double-take thinking, “Could they really have opened up a picture studio?” What a waste. Apparently, they opened up for a “three week pre-Mother’s Day program.” Never once did I see anyone walk in. The only action I saw around the store was a few young girls dressed in the Microsoft garb, (khakis and a dark blue/black shirt with the Microsoft Live logo) hanging outside the store on the steps. Well, on my way home from work tonight I walk passed, and guess what, bye bye Live Studio. Your three weeks have expired. Good riddance. Now show me an Apple store will ya, Steve (Jobs)?