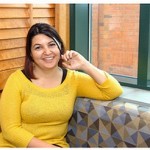 Brooklyn Heights
, a novel by Miral al-Tahawy, assistant professor of Arabic at Appalachian State University in Boone, North Carolina, has been nominated for the International Prize for Arabic Fiction (also called the “Arabic Booker Prize”), which will be awarded next March.

University News, Appalachian State University: “Brooklyn Heights” tells the story of five female Arab immigrants living in Brooklyn as each tries to reconcile the history, religion and culture of their native countries while struggling to survive as a female immigrant in America.

The novel is full of meticulously collected female characters presented by al-Tahawy with their unusual life experiences in New York’s famous neighborhood. Al-Tahawy follows her characters from childhood to their decisions to leave their husbands and the patriarchal values that dominate Middle Eastern and North African countries.

According to the Blowing Rock News, the novel, written in classical Arabic, “will soon be published in English by the American University in Cairo Press.”