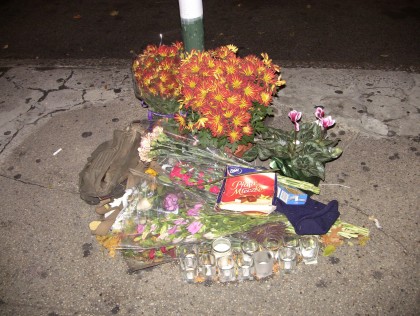 Michael Simmons, 19, fell to his death around 2 a.m. Sunday from the St. George Hotel in Brooklyn Heights…

There was no criminality, said police, who had not determined whether it was a suicide or an accident, or whether drugs were involved. An autopsy is being performed.

Simmons took mushrooms with a small group of people last night, friends said. The group split up shortly before Simmons fell, added the friends, who declined to give their names.

Note: Mr. Simmons was a student at New York Conservatory of Dramatic Arts, not Brooklyn College as reported by the Daily News.

WABC-TV’s report after the jump (note to Carolina Leid: the Hotel St. George is in Brooklyn Heights, not Downtown Brooklyn):