Howl-o-Ween on the Promenade! 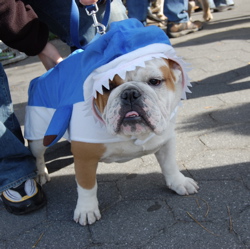 When no fewer than 40 dogs gather with their owners on the Brooklyn Heights Promenade clad in outfits as wide-ranging as a hula dancer, a shark, a peacock, and something that looked like a robot, it kind of makes you wish everyday was Halloween (or, in this case, the day before Halloween).

Perfect Paws owner and Howl-o-ween honcho Tom, dressed as a quinceanera princess and/or pinata, said the judges were looking for originality of costume, above all. “No one’s from the neighborhood, nobody here owns dogs,” he said of  the judges, among them Real Housewife of New Jersey Dina Manzo. BHB Contributor and Howl-o-Ween organizer Matthew Parker will provide winner information later, but for now, enjoy some snapshots from yesterday’s festivities! 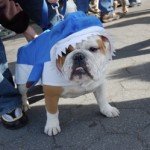 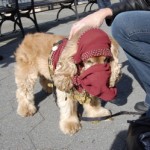 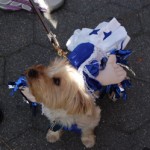 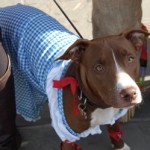 Zoey, a Pitbull mix, searches somewhere over the rainbow 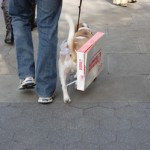 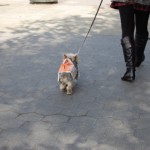 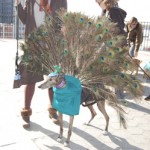 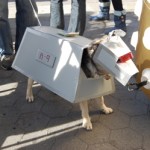 Grover, a German Shepard mix, appears to be dressed as some sort of robot 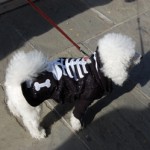 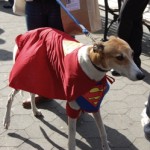 Superman (later, he relieved himself on the Promenade. Even Superman has to go sometimes.) 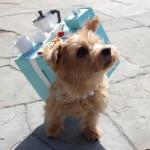 Cissy, a Norfolk terrier, brings us Breakfast at Tiffanys 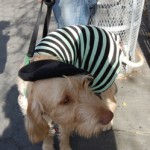 Enzo, a Spinoni, gets all artsy. Bonne chance, mon ami! 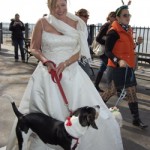 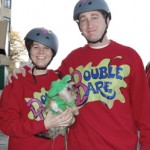 Talle, a Schnauzer/Yorkier, dressed as a blob of goo 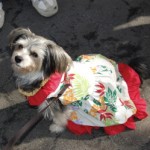 Cricket, a Yorkie mix, does some hula for us 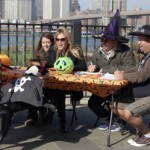 the judges seem to be enjoying this pirate/dog 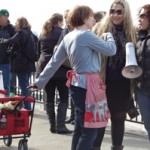 a patch of pug-kins about to be judged 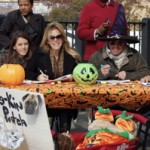 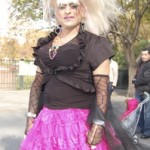 Area Woman: Too Dangerous Not to Vote Tuesday
Zombies March For Libraries!