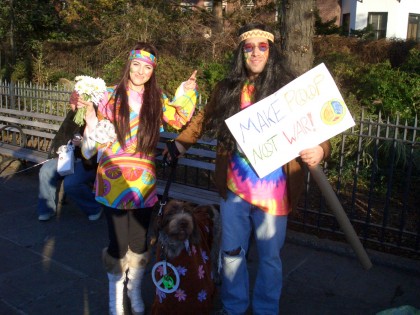 Only a few days left to head over to Perfect Paws on the corner of Hicks and Pineapple streets to purchase tix to the Howl-o-Ween doggie costume parade/contest. (It’s free to watch if you don’t have a dog in this contest).

The Parade/Contest will be held on the Promenade at 1pm on Saturday, Oct 30th. All entry fees go to several animal-related charities (and the fee is tax deductible).

Big after-party starting at 3pm at Vinegar Hill Vet where winners will be announced and prizes awarded.