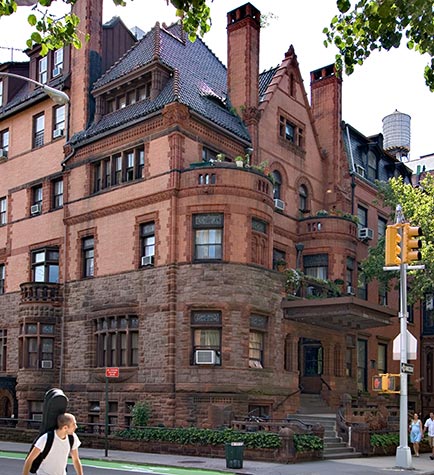 The Herman Behr Mansion at 82 Pierrepont sold this week for $10.98 million slightly under its $12 million asking price.  Named after the industrialist who built it about 1888 the building had a sordid existence after its namesake died.  Under the moniker of The Palm Hotel the site was home to a madame and her working girls.  It redeemed itself (sort of) when it became the Franciscan House of Studies, a residence for monks.  Real estate agent Sandra Dowling of Brooklyn Heights Realty tells the Brooklyn Eagle that local rumors suggest the home was used for monks to "dry out".