What are your favorite horror flicks? 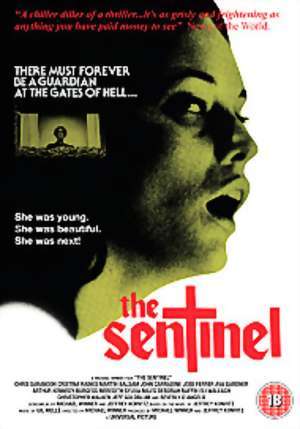 I was just reminded of The Sentinel, that spooky ’70s horror flick where Cristina Raines rents an apartment on the Promenade that turns out to be the gates to hell. (But the rents were reasonable.) The film also had a cavalcade of all-stars: Chris Sarandon, Christopher Walken, Jerry Orbach, Eli Wallach, Sylvia Miles, Beverly D’Angelo, Burgess Meredith and Ava Gardner. Where else would you see a group like this aside from That’s Entertainment!? (Or maybe The Gong Show.)

So seeing as there’s only 10 more shopping days till Halloween and I want to get my freak on (yeah, you read right), I want to know—what are your favorite horror films? If I hear any good ones I may head over to the Union Square B&N and pick some up. I’ll start off with a few: The Changeling, Black Christmas, Evil Dead and that darling of horror films, The Exorcist.