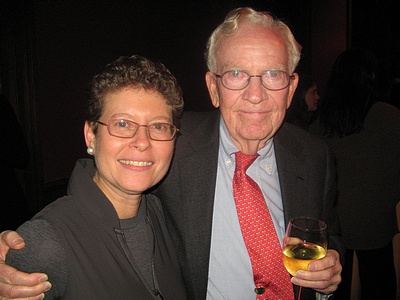 Brooklyn Historical Society President Deborah Schwartz and Brooklyn Heights preservation hero Otis Pratt Pearsall were among the many who enjoyed the wide variety of delicious food and drink on offer at Brooklyn Bounty this past Thursday evening. This event, hosted by BHS with Edible Brooklyn and Brooklyn Exposed as its media partners, featured entrees, side dishes, snacks, desserts, beer, wine, and soft drinks contributed by local producers and restaurants. More photos and text after the jump. 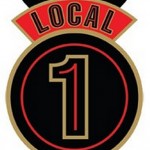 My first stop was at the bar. When I saw the bartender pouring from a 750 millileter bottle with the label “Local 1″, I knew I had to try this, it being one of the Brooklyn Brewery products I hadn’t previously tasted. I liked it so much I decided to stick with it. It’s a Belgian style ale, a genre of which, in general, I’m not overly fond, but I found this well balanced, not overly sweet or fruity but crisp and refreshing. Sitting on the bar was a dish of spiced nuts that were especially yummy. These were by Brooklyn Nuts, and are available in the Heights at the Brooklyn Women’s Exchange.

Working my way into the crowded main room, I found a table offering food from the restaurant Madiba, located in Fort Greene, which claims to be the first South African restaurant in the U.S. South African cuisine is a combination of African, European, and South Asian influences–South Africa has large Indian and Malay populations, dating from when these countries were all British colonies. The dish that was offered at Brooklyn Bounty, “bobotie”, is described on the menu as “[a] traditional Cape Malay curried mince (ground beef) bake[d] with egg custard topping and crisped almonds, served with yellow rice and raisins.” It was topped with a dollop of mango chutney, and delicious, the mild curry sauce in which the meat was cooked being balanced nicely by the sweetness of the chutney and raisins. 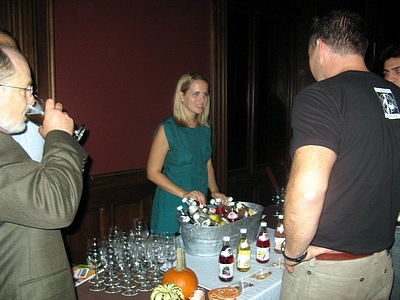 The soft drinks offered by GuS (Grown-up Soda) were a hit. I tried the dry cranberry-lime and the extra dry ginger ale. The former was refreshingly tart, with a well-balanced combination of berry and citrus flavors; while the latter was pleasantly, but not overpoweringly, ginger-y. 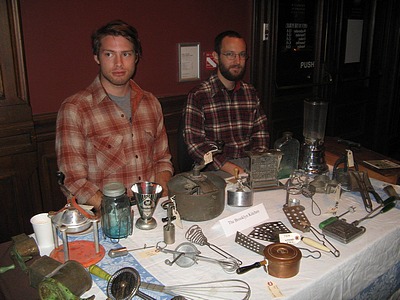 A wide variety of culinary equipment was displayed by The Brooklyn Kitchen. 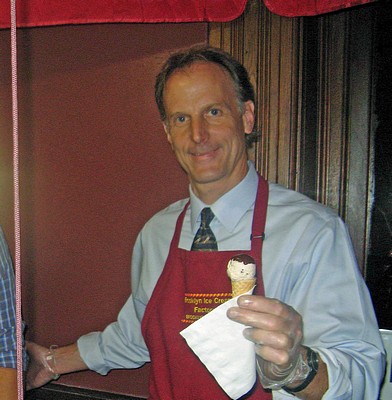 I topped off the evening with mini cupcakes from Kumquat Cupcakery, one lemon and lavender, and one red velvet, both scrumptious, and a vanilla/chocolate chip cone dipped in hot chocolate sauce from Fulton Landing’s Brooklyn Ice Cream Factory.