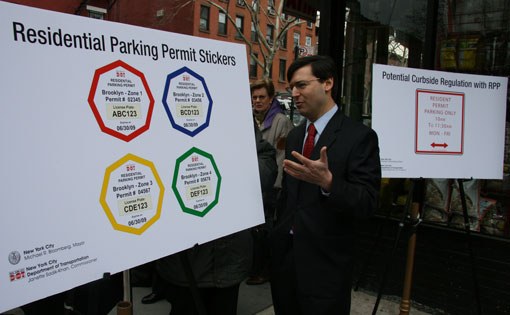 You wanna park? Here's the latest:

Crain's New York: On Wednesday morning, Mr. Bloomberg and Department of Transportation Commissioner Janette Sadik-Khan announced a new component of the city’s congestion pricing plan. Designed to give residents preferential parking treatment in their own neighborhoods, the plan would restrict parking in certain spaces during a 90-minute period for those without permits.

Under the proposal, which could come to fruition as early as next fall, individual neighborhoods could opt in to the program through their Community Board, with additional approval from their City Council member and borough president.  [Full Story]