Good Weekend in the Nabe 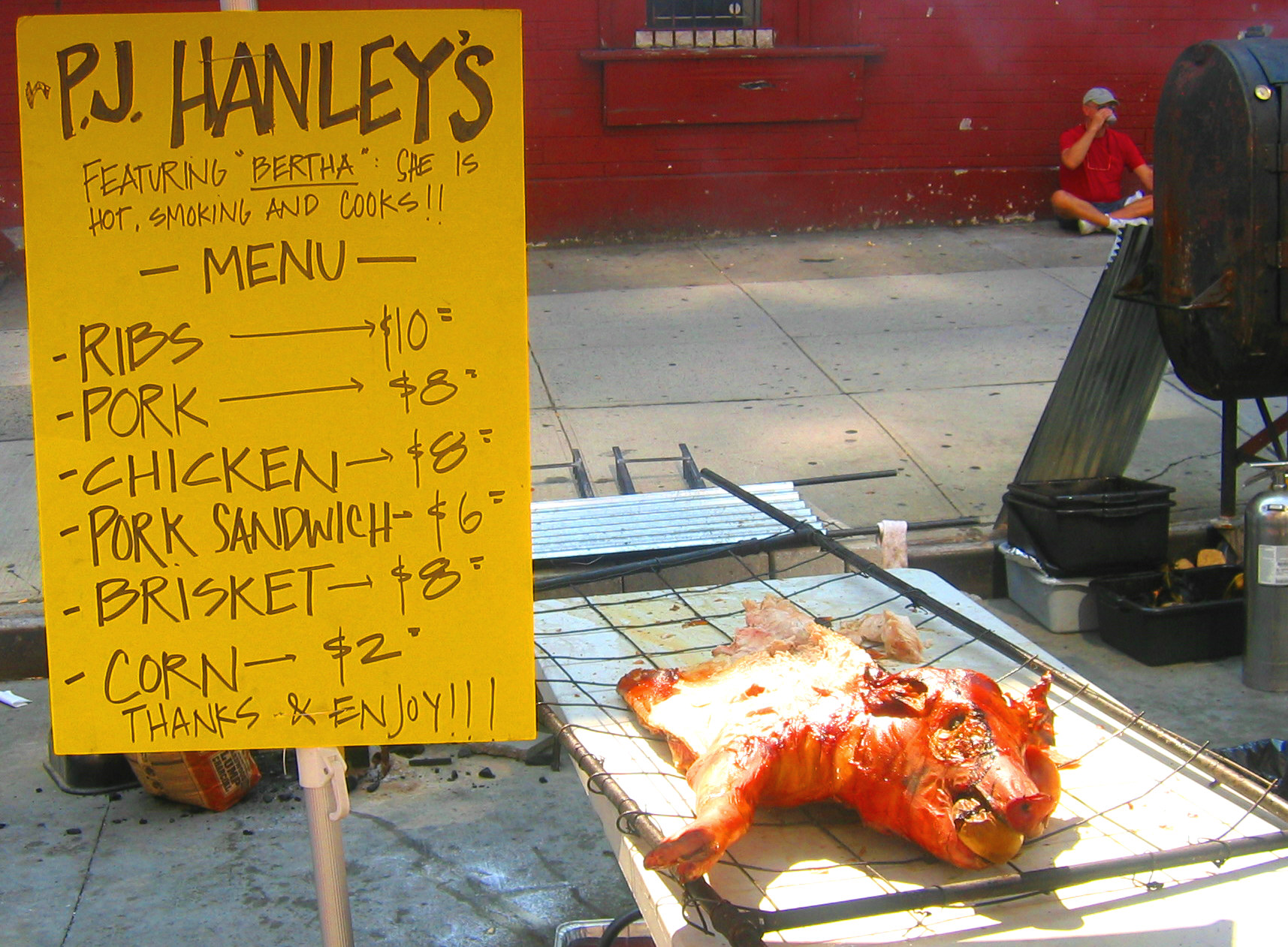 We got to the Brooklyn Book Festival just in time for "Only the Dead Know Brooklyn," a panel reading of works by famous deceased Brookyn authors.  Actor Roger Guenveur Smith kicked it off with very inspired readings from  Walt Whitman's "Leaves of Grass" (with an interjected, improvised anti-Iraq war message at one point, a marijuana smoking gesture at another).  The actor summed up Whitman's legacy by calling him America's "first hip hop poet". As for the other panels at the Fest held inside Borough Hall, they were way over capacity with many folks lined up outside not able to get in.  Hopefully organizers will address this issue next year as the outdoor panels were very enjoyable.

New Neighbor: Tenda Asian Bistro
The Woman Who Had to Get to Work