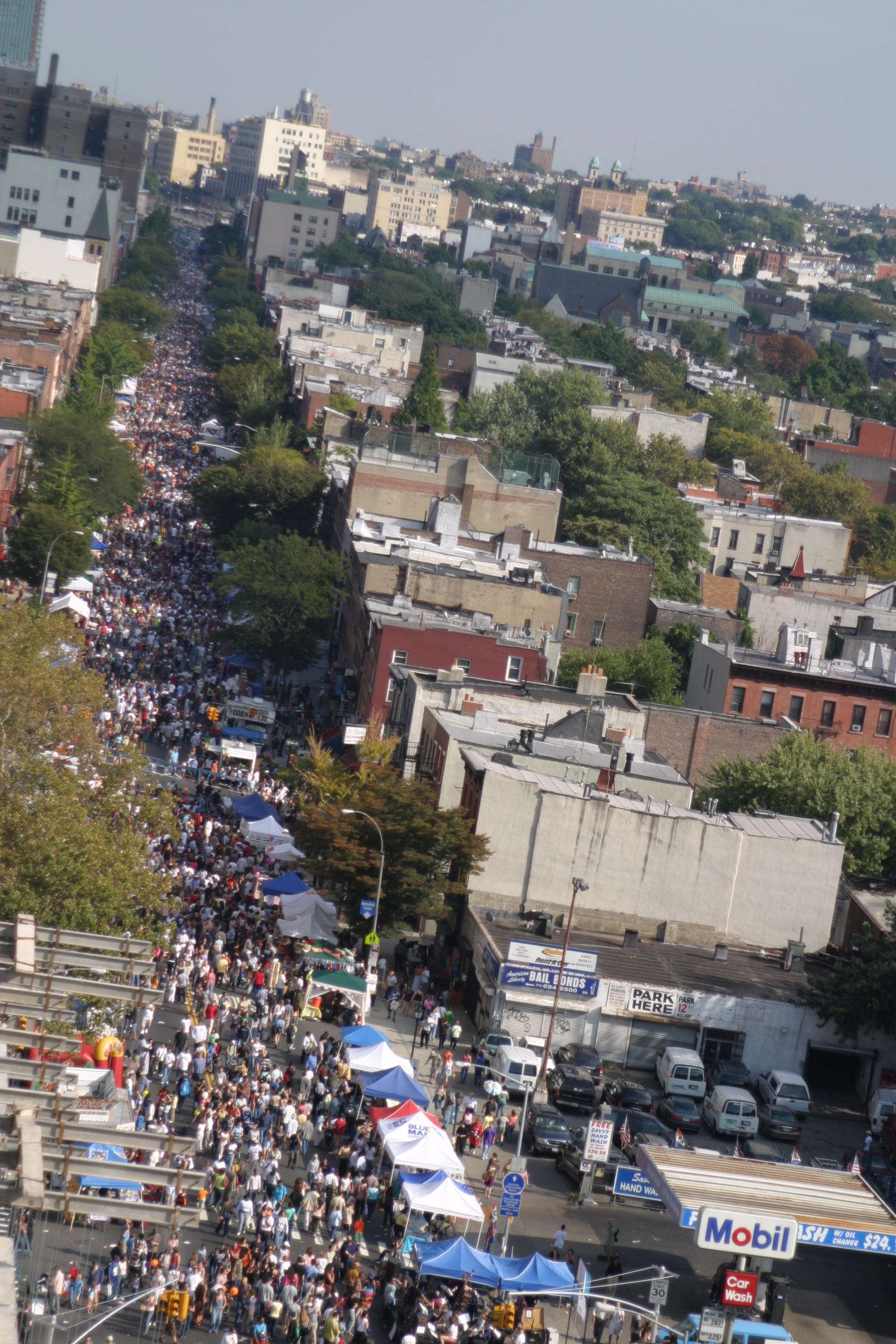 Brooklyn Record: On Sunday, September 17th, car traffic will vanish on one of Brooklyn's busiest stretches of road. Downtown Brooklyn neighborhoods will ring out the summer with a huge celebration — it's time for Atlantic Antic. The street festival, which will be celebrating its 33rd year, runs for a mile and a half along Atlantic Avenue between 4th Avenue and Hicks Street…Unlike every other street festival in the city, this one is made up of actual neighbors. Local shops open out onto the street selling their wares, and churches draw in passers-by with song as they sell food made by the congregation. There are stages on every block and bands, drums circles, and soloists perform for their neighbors. At Clinton Street, the local Middle Eastern community hosts traditional music and belly dance performances sponsored by Sahadi's.

"Greg" (his real name) writes in with this quote Antic lyric from "Shadrach" by the Beastic Boys:

"Cause I'm out pickin' pockets at the Atlantic Antic
And nobody wants to hear you 'cause your rhymes are so frantic."