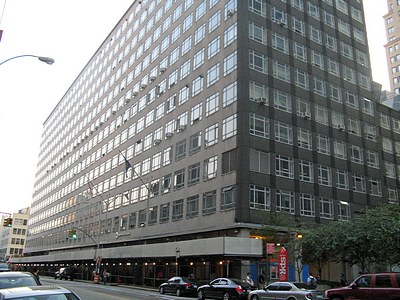 State Assembly Member Joan Millman, whose district includes Brooklyn Heights, testified Tuesday night at the Metropolitan Transportation Authority’s public hearing. She sharply criticized MTA management for focusing on fare increases and service cuts to solve the Authority’s fiscal problems instead of rectifying what she said are serious management deficiencies that are costing the MTA “hundreds of millions of dollars each year” according to a report issued by State Comptroller Tom DiNapoli. One of several areas in which Millman said the MTA could save money is in its management of real estate, pointing in particular to the huge office building at 370 Jay Street (photo above) which has sat unused and in a partial state of rehabilitation for years.

Millman also noted the MTA’s sale of the Atlantic Yards property for less than half of its appraised value, and its failure to demand that developers of new, large residential buildings along the Fourth Avenue corridor provide funds to assist in the rehabilitation of subway stations along the corridor affected by increased ridership. Finally, noting that she voted against repeal of the commuter tax, which was levied on suburbanites who work in the City in order that they pay their share of the cost of the City’s subway and bus systems, Ms. Millman accused the MTA of subsidizing commuter rail lines serving the suburbs “at the expense of hardworking New Yorkers.”