By Julie Kanfer on September 11, 2010 11:45 am in Brooklyn Heights, Election 10, Government, Landmark Preservation 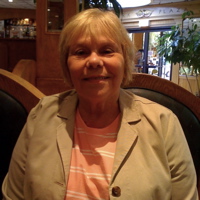 Joan Millman has been a teacher, a librarian, a district leader, and for the last 13 years, an assemblywoman. Though the educational jobs preceded the political ones, she sees little difference in the skills required for success in both.

“I think without even being aware of it, teachers do a lot of things that are really helpful in political life,” she said recently over coffee at the Park Plaza Restaurant.

Traits like honesty are key, Millman insisted. “You don’t lie to kids, because they know right away,” she said. Also important: the ability to prioritize, and to look people in the eye when speaking to them (which, for the record, Millman did for the duration of our chat).

The pension she derives from her teaching career has led Doug Biviano, who is challenging Millman in the Democratic primary on September 14, to accuse her of double-dipping, which she adamantly denies. “I worked in the school system for more than 27 years, and I received a pension,” she said. “And I paid into that pension. I paid taxes on that pension. I earned it.”

Though she retired in 1996 with no other job, Millman had the option to rescind the pension when she was elected to the Assembly in 1997, but chose not to. “It’s a common practice,” she said. “It’s not like you can never work again, and it shouldn’t be that way.” 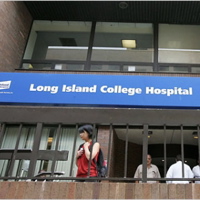 Since she came to office in a special election following the death of Eileen Dugan, Millman has helped put women and minority-owned businesses on an even playing field, and worked hard to ensure LICH stays right where it is. She’s also effected change for some of the most overlooked members of society.

In 2005, the Assembly passed Billy’s Law, named for a severely disabled child who was abused and neglected at the treatment facility where he lived in New Jersey. Millman was inspired to introduce the legislation after Billy’s father visited her and described the awful conditions in which his son was living.

Prior to Billy’s Law, out-of-state facilities attended by New York State children were not carefully inspected. Now, teams from the Office of Mental Retardation an Developmental Disabilities, the Education Department, and the Office of Children and Family Services regularly evaluate programs that serve children from New York.

Some teams have already discovered substandard conditions at facilities around the country. “As a result of that, we brought 1,000 kids back,” Millman said. “Each of those kids had run the taxpayers $200,000 a year in their care.”

In her view, passing legislation like Billy’s Law has been difficult since Governor David A. Paterson came to office in 2008. “We have a governor who didn’t want to be governor,” she said without hesitation.

Millman is looking forward to returning to Albany and working with “a guy who wants the job,” speaking, of course, about Attorney General Andrew Cuomo. “He’s surrounded himself with some pretty top quality people,” she said. “So my thought and hope is that he will continue that trend.” 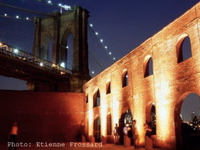 Also important: green space, something she thinks the entire borough lacks. Which is why Millman, and what seems like the entirety of Brooklyn Heights, is so focused on the rollout of Brooklyn Bridge Park.

If Tobacco Warehouse goes to a not-for-profit, she believes a potential revenue-producing stream will be lost. “Maybe a not-for-profit could lease space, or be housed at Empire Stores,” she suggested.

Developer David Walentas, who has built up much of the area around the park, will likely bid on the project, and Millman said he often feels entitled to area projects. “But a lot of people feel entitled,” she stipulated. As for whether Walentas will get what he wants, she said, “I think it seems to be wired that way.”

Though Millman hopes she’ll be reelected and return to Albany, she admitted the state legislature is broken, to a certain degree. “The Times said the other day that any incumbent should be defeated,” she said. “You’re putting me in the same bracket as Pedro Espada? I’m not a crook.”

She feels good about the upcoming primary, but takes every election seriously. Biviano’s lack of public service prior to his run for City Council last year troubles Millman, who has always been interested in politics.

“I didn’t just wake up one day and decide to be interested in it,” she said. Some of her early successes as district leader, including lobbying for the B51 bus line and bringing the TKTS booth back to Brooklyn, have inspired her to keep working.

“It’s very empowering,” said Millman. “You keep pushing the envelope, and I’ve been doing that all along.