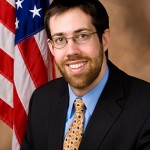 State Senator Daniel Squadron, whose 25th Senate district includes Brooklyn Heights, is sponsoring a bill that, if enacted, would require all hens laying eggs for sale in New York State to be vaccinated against salmonella. This is in response to the recent outbreak of salmonella infections traced to eggs produced on farms in the Midwest, but sold in many other states. The U.S. Food and Drug Administration responded to this with new rules, but they do not include a vaccination requirement.

New York Daily News: “Requiring salmonella vaccination should be a no-brainer, and if the FDA is unwilling to take the lead, we should start here in New York,” said state Sen. Daniel Squadron (D-Manhattan, Brooklyn), who himself had a brush with salmonella in college.

“We believe it was from an undercooked omelet,” said Squadron, who was hospitalized for four days. “It is a terrible, terrible disease.”

So much for the chow at Yale.