Car Crash at Henry and Middagh 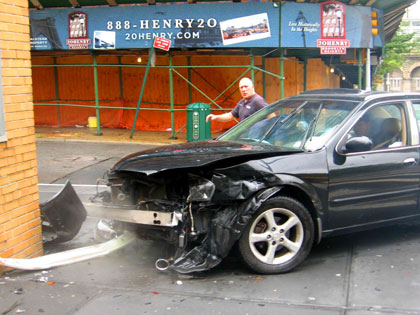 There was a severe car crash at Henry and Middagh streets this afternoon which resulted in injuries to both drivers and extensive damage to both cars, one of which was propelled by the force of the impact off the street and against the wall of the building housing the offices of the Brooklyn Daily Eagle.

Fire personnel from the Engine 205/Ladder 118 station on Middagh responded, and both drivers were taken to Long Island College Hospital. More photos can be seen at McBrooklyn.

Brooklyn Do Gooder Awards
Tug and Barge Week at Pier 6