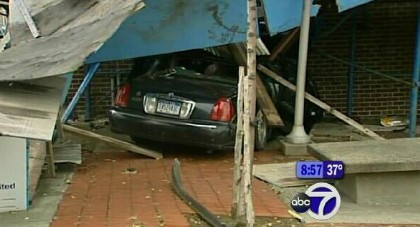 As mentioned in our comments section earlier today, a woman on her way to become a U.S. citizen was injured when a livery cab collided with scaffolding at 140 Cadman Plaza West.

WABC TV: Car hits woman: A woman about to become an American citizen was struck by an out-of-control car careened into scaffolding in Downtown Brooklyn.

Eyewitness News is told the woman is very serious condition at hospital. She and her family were about to cross the street, to become U.S. citizens at the court house.