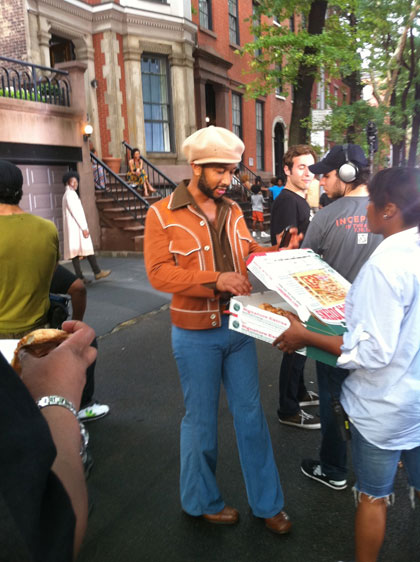 BHB tipster Brian sends in these photos and video of today’s John Legend and the Roots video shoot in Brooklyn Heights.   The singer will be releasing an album of covers in September.  The video shot today was for the collection’s  lead single, a cover of Harlold Melvin and the Blue Notes’ “Wake Up Everybody”.   Legend was dressed in a funktastic 70s inspired outfit for the production.

In addition to the Roots, Melanie Fiona and Common are also featured the track and were here today for the shoot.  More photos and video after the jump. (Wait… is that Papa John’s? Really John?) 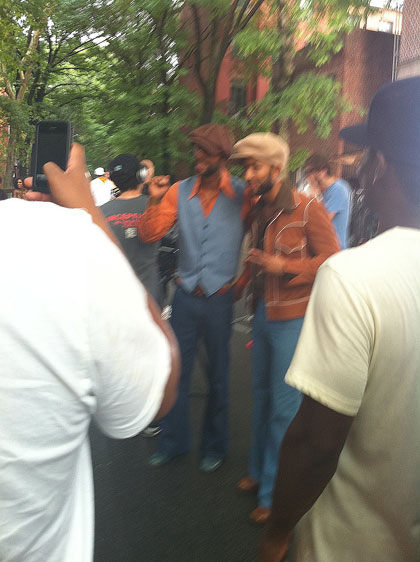 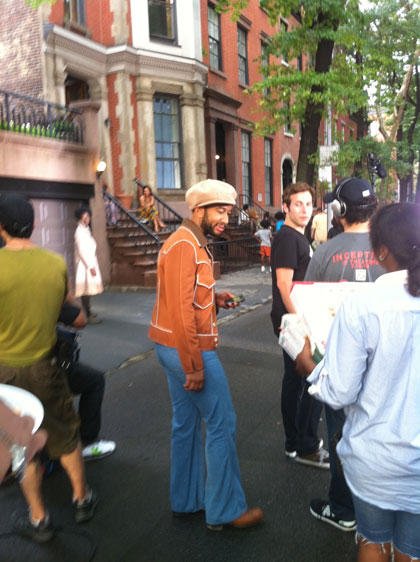 Also check out Karl Junkersfeld’s video of the shoot on YouTube.