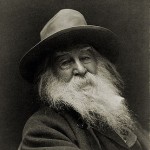 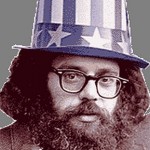 It’s not a great stretch to see stylistic, and perhaps even thematic, similarities between, say, Walt Whitman’s “I Sing the Body Electric” and Allen Ginsberg’s “Howl”. The relationship between the poetry of the nineteenth century Bard of Brooklyn (see some local folks reciting Whitman’s verse here) and that of the Beats a century later is the topic of an all-day conference tomorrow (Saturday, March 27) at St. Francis College, Remsen Street between Court and Clinton.

“We hope to break new ground in addressing Whitman’s presence in the works of Beat writers and the reception of Whitman’s poetry by the Beats,” said co-chairman of the conference St. Francis College Communication Arts Professor Scott Weiss. “Our panelists will explore, in depth, how the legacy of the Beats, their perspectives of their era and artistic innovations can be traced to Whitman’s influence on American literary culture.”

Among the topics to be discussed in a series of panels will be sexual identity, power and politics, media, technology and art, notions of time and space, and poetic form and style. Some of the papers include: Ambassadors of Power: Whitmanic Anarchism, Eroticism, and the Beats’ Opposition to the Cold War State; Humanizing War: Walt Whitman’s Civil War Writings, Robert Altman’s MASH, and the American Anti-War Movement and Time, Space, Self, and Walt Whitman in Allen Ginsberg’s “America.”

There will be a keynote address by Ann Charters, professor of English at the University of Connecticut and a renowned authority on the Beats. Registration for the conference is from 8:00 to 9:00 tomorrow morning, at 180 Remsen Street. Panel presentations will be from 9:00 to 12:15 and from 2:15 to 5:30; Ms. Charters’ address will begin at 1:00 p.m. Beginning at 6:00 p.m there will be a concert by New Music New York “celebrating Whitman themes and Beat poetry.”

The conference will conclude on Sunday, March 28, with two walking tours. The first, covering Whitman’s Brooklyn, begins at 180 Remsen at 12:00 noon and goes until 2:00 p.m. The second, covering the Greenwich Village of the Beats, meets outside Minetta’s Tavern, 113 MacDougal Street, between Bleecker and West 3rd, at 2:30 p.m., and continues until 3:30.

There is no charge for any of these events.