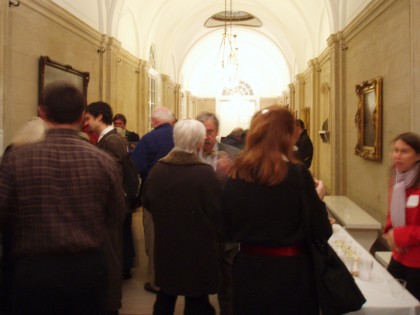 Van Valkenburg spoke for roughly an hour, delivering a detailed tour of the plans and thought process behind the park. He spoke about the origins of the public parks in New York, pointing back to the creation of Central Park as when it became clear “there was a notion and need for park space in New York.”

The completed park will feature about 65 acres of park land, compared to 900-acre Central Park. However, Van Valkenburg explained how the adjacent 800 acres of water in the East River between the park and Manhattan would contribute a vast, enveloping feeling.

“Experientially, it is like Central Park,” he said. “Everyone who has come down to check out the site has said to me ‘This is so much bigger than I thought it would be.'” 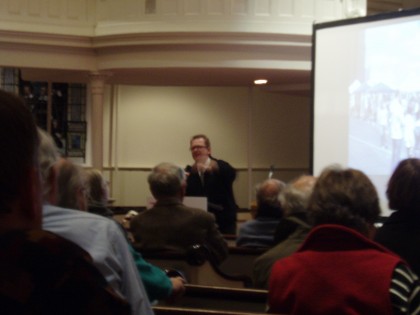 Many details of the park were outlined, including that many of the eventual 1,000 benches that will dot the park are from wood that was saved and restored from the piers that the park is replacing.

While discussing tentative expansion plans, Van Valkenburg reminded the crowd that after more than a decade in the planning stages, construction on the park was moving swiftly.

“It took 25 years to build Central Park,” he said. “So we’re moving at lightning speed.”

Following the presentation, the BHA conducted its business quickly. During the treasurer’s report, it was revealed that for the last fiscal year, the BHA collected $187,000, but spent $205,000, resulting in an operating loss of $18,000. Those funds came from the BHA surplus fund, which still hovers around $500,000. 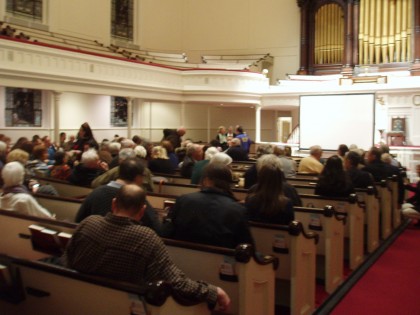 For the group’s centennial celebration, President Tom van den Bout outlined a few of the events planned for the year, including informative walking tours, pub crawls, a stoop sale and a reading of Truman Capote’s work in his house.

Finally, Channel 13 personality Tom Stewart presented the association’s annual awards. Among the honorees were Rebecca Carter, for the restoration of 68 Hicks Street; Trena Keating and David Pitofsky for the restoration of 36 Grace Court; and Peter and Sarah Steinberg for 14 Grace Court Alley. The award for outstanding community service was given to Jonathan Landsman and his team of volunteer gardeners that upkeep the Promenade.

Afterward, BH brahmins gathered for a reception in the church’s arcade to enjoy wine and cheese before heading back out into the pouring rain. 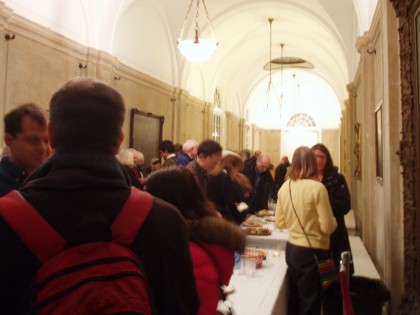