Behr Mansion Up for Grabs 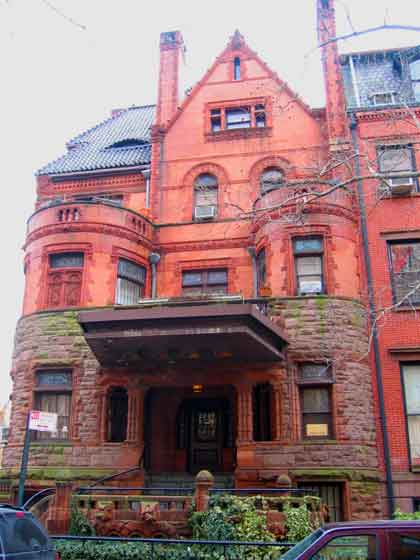 The Herman Behr Mansion, which at some point in its long life was used as a brothel, is up for sale the Brooklyn Eagle reports:

A Brooklyn Heights mansion with a somewhat checkered past is available for sale.

Known as the Herman Behr Mansion (named after the industrialist who built it for his family), and with an address of 82 Pierrepont St., it is a familiar local landmark that wraps around the corner of Henry and Pierrepont streets.

It is now a multi-family residential building with 26 rental apartments, according to Sandra Dowling of Brooklyn Heights Real Estate and Dowling Realty Group, who has the listing.

The minimum offering price is $12 million, said Dowling, who has been the exclusive leasing agent for the owners since 1990.

Thanks to BHB Newshound Jordan for the tip.