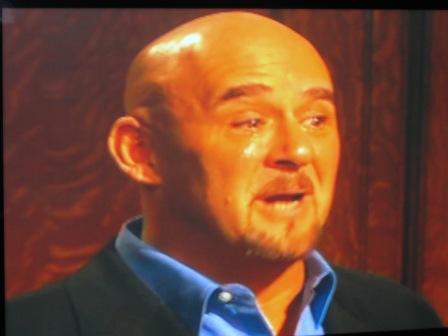 Brooklyn Heights' entry in The Next Food Network Star, Michael Salmon, was the latest contestant booted off the show on Sunday night. In the final evaluation, Salmon turned on the waterworks, claiming that he had learned to look at himself in a new way. The biggest criticism of our nabe chef by the show's judges was that he came off like a "used car salesman" in his presentations. That critique coupled with his bizarre Vietnam reference when addressing troops at Fort Dix most likely were the root causes of his elimination.