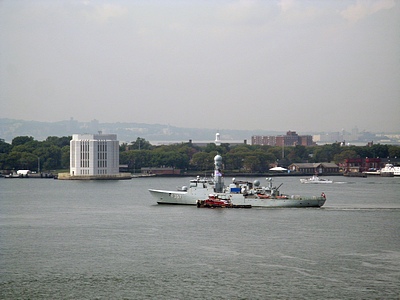 Your correspondent got this photo of the Danish frigate HMDS Thetis from the Brooklyn Bridge this morning. She was approaching Pier 7, at the foot of Atlantic Avenue, where she is now docked. I hope the bars along Atlantic are well stocked with Carlsberg beer. Thetis is visiting New York along with nine other ships from various nations, making up NATO Mine Counter-Measures Group 1.

Update: Belgians, Canadians, Dutch, and Norwegians join in! More photos and text after the jump. 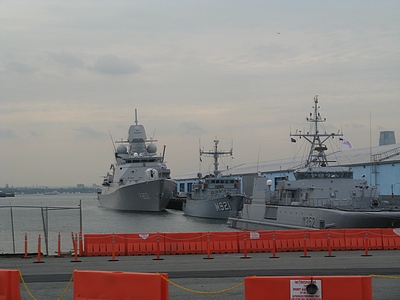 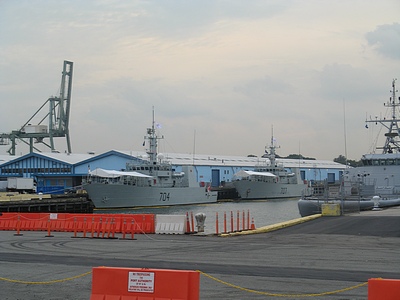 Docked on the north side of Pier 8 are the Canadian minesweepers HMCS Shawinigan (704) and Goose Bay (707).

Better put some Duvel Ale, Molson, Heineken, and Ringness in the cooler, too. And, maybe some akavit.