Fire in a Crowded Theater 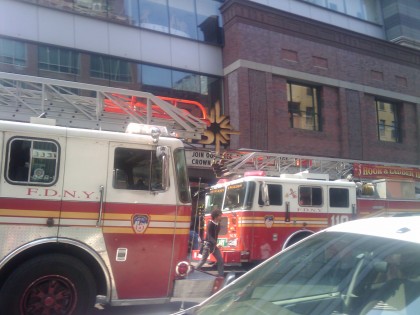 The Fire Department is currently operating at a fire in the UA multiplex at 106 Court St. The fire is reportedly on the first floor and has been extinguished, but a smoke condition has pervaded the building, and an evacuation is in progress. 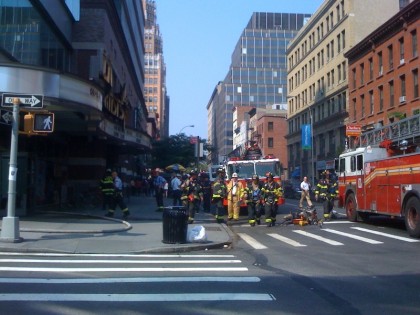 UPDATE (4:00 p.m.) – FD reports the fire originated in a popcorn machine.  One person is complaining of chest pains, and six others are being evaluated by EMS.

Update: (6:20pm from Sarah Portlock): Cheryl Zellman, of Marine Park, was watching the previews for the 3:15pm Funny People when she said there was a beeping sound and a movie theater employee told the audience to evacuate. Zellman said she didn’t see anyone panic, and was waiting patiently on State Street for the commotion to quiet down.

“I have to say, the people who work there were really good — they really handled it well,”  Zellman said. “there was a lot of smoke.  The firetrucks came almost immediately.”

With Sarah Portlock at the scene.