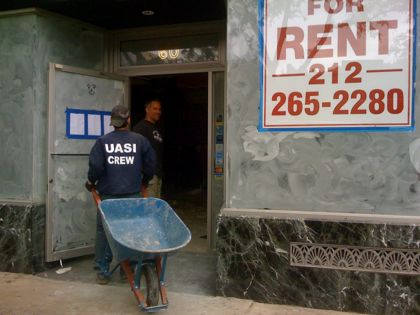 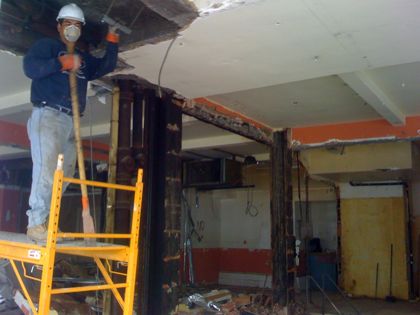 We spotted a full-time demolition derby going on inside the former Busy Chef, Blue Pig, and Oven spots along Henry Street, at Cranberry Street, this morning. One worker said he they’re gutting everything in the place and that they’ll be done by the end of the day.

The owner of Sweet Melissa Patisserie, Melissa Murphy, has said she hopes to open in the hotspot. Earlier today, Mrs. Fink caught up with Murphy at her Cobble Hill outpost, who said she’s still trying to get the space, but the landlord isn’t budging on the rent.