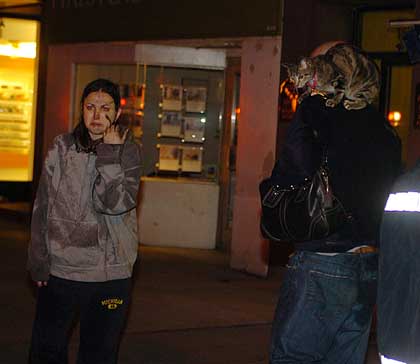 BHB tipsters and Gothamist newsmap report a fire overnight at 142 Montague Street, the location of Taze Restaurant and Aerosoles.

Update: BHB contributor/nabe photog Marc Hermann checks in with an account of the incident and some photos:

FDNY received a call just after 3:00 a.m. reporting smoke on the upper floors of the building, which usually doesn't turn out to be much. Then a second call came in reporting residents trapped on the roof. Engine 224 and discovered a fire involving the door frame at street level, with a relatively heavy smoke condition throughout the rest of the building. The building was safely evacuated, though two residents were treated for smoke inhalation, and the fire was knocked down quickly. The stairwell, however, took a lot of water damage due to the sprinkler system which could not be immediately shut off. The fire was classified as "suspicious," with no immediate cause known. 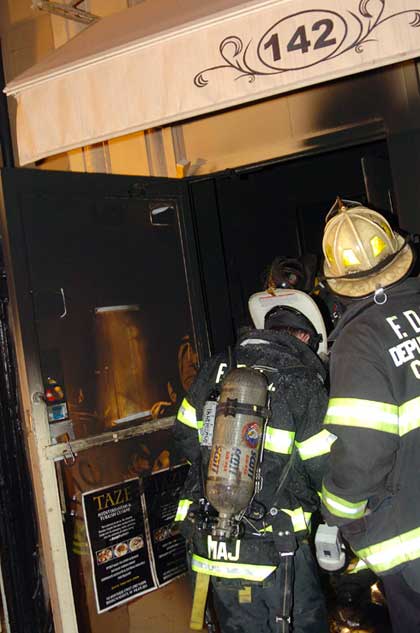