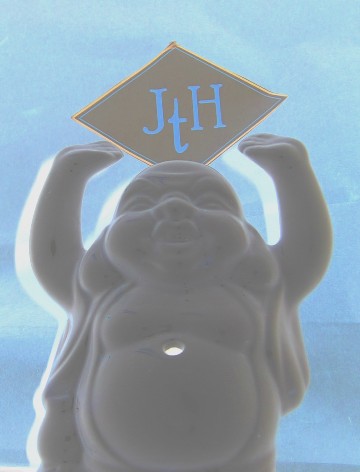 Having dinner at Jack the Horse Tavern is like having dinner at a really good friend's house — they're great people, it's just their cooking is uneven.

What's a friend to do?  Do you not go back? But even though the meal can be questionable you always go home having had more fun than not.  However, going to a good friend's house is free.  At Jack the Horse Tavern, you have to pay fairly steep (although not unreasonable) prices for a friendly yet unreliable dinner.

I am a newish BH resident.  When JtH opened on a charming sleepy corner, I thought, "Yes finally,  something MORE than Henry Street Ale House but LESS then Noodle Pudding (more on those soon).

The chef, Tim Oltmans,  has amazing pedigree —  graduating first in his class from the French Culinary Institute in 1992,  he has worked in some of NYC's best kitchens starting with Jean Louis Dumonet at Trois Jean, and more recently at Gramercy Tavern, C.T. under Laurent Tourondel and with Floyd Cadoz at Tabla.

My expectations were definitely raised.

I've been there three times and each time has been decidely different, with the thread of overwhelmingly friendly service and the desire to please running through each of them.

I've had a bland sausage sandwich; adorable presentation — perhaps bland is the nature of the beast with German sausage — the toothpaste-like tubes containing three kinds of mustard were there to help alleviate that.  They did in spirit, but in the end, cute mustard is merely, well cute.  I also felt the plate looked empty.

That first time, Homer got the the steak, it was fine.  No less, no more.

The clunkers for me were a snapper special that promised 'vegetable pasta' and delivered merely julienned over-buttered zuchinni and carrots.  I was expecting more.  They – call me an optimist – are capable, of more. The play on words is not lost on me, I've seen that before, just better.  It felt like something you would cook yourself, only just not as good.

The other? The pork breast on the menu which, when it arrived, was dried out, over salted and by the way the sauce swirl was kinda burnt into the plate, had been sitting under the heat lamp for ages.  I will admit that my husband, who's actual order that was, wasn't as bothered by it I was.

Successes?  The hake. Loved!  It was simple, the couscous was tasty and original and the lemon sauce around the plate was not overwheling but complimentary.

Secondly,  the cheeseburger! I think that's saying something actually. People assume that "the cheeseburger" is a throw away item on a menu. They're usually boring, but everything about this was amazing, the cheese, the bread, the condiments and the temperature it was cooked.

I would also recommend the cocktail menu, especially some new blueberry vodka dream-like drink.  Special mention to the desserts which are univerally solid.

So will I go back?  Probably.  It's new, the service is better than good and if the food is just at this point – eh – well I'm hopeful it will reach the level of the restaurant's service.  That said,  I will probably sit at the bar, order a silly drink, chat with the nice bartender and order a burger.  Maybe that's not so bad either.