Movies With A View + Smorgasburg! Every Thursday in August at Brooklyn Bridge Park

Movies With A View is officially back!

Join Brooklyn Bridge Park Conservancy for a 4-week limited run on Thursday evenings this August 2021! This season will return for its 21st season with the theme “Grit,” featuring heartwarming, irreverent, hilarious, and uplifting underdog stories that celebrate human perseverance and resilience, and overcoming adversity.

Doors open at 6pm and the movie begins at sundown (around 8:30pm). Smorgasburg will provide food and drinks all evening along the Pier 1 promenade, and will feature a selection of NYC’s favorite food vendors. Beer and wine concessions will be available for purchase for adults 21 and over.

The pre-movie lineup includes a DJ brought to you by Brooklyn Radio, and a short film by local filmmakers, selected by BAMcinématek. DJ and short film lineup to be announced soon.

Free bike valet will be available thanks to Transportation Alternatives.

Full details and FAQ’s at this link. 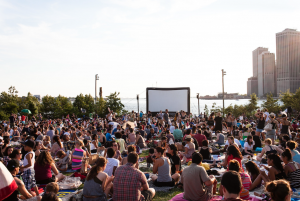 movies with a view

The BQE and Surfside: an Inevitable and Necessary Comparison
Rocco & Jezebel for Pets to Close for Good