Today, NYC Parks installed “Juneteenth Grove” at Cadman Plaza Park “in celebration of Juneteenth and to celebrate the homegoing of George Floyd, Ahmaud Arbery, Breonna Taylor and countless others.” The creation of Juneteenth Grove is also part of a plan to rename NYC parks in each borough in honor of Black Americans, which names will be announced on November 2, 2020.

As the steward of nearly three million trees, Parks recognizes the Black community’s complicated relationship with trees—they represent thousands lynched and their roots symbolize the depth and connectivity the Black community has to this Nation. NYC Parks Commissioner Mitchell J. Silver, FAICP, today announced that the agency stands in solidarity with the Black Community and the fight to end systemic racism, and is demonstrating its commitment by taking a responsive step at addressing related issues within the park system. 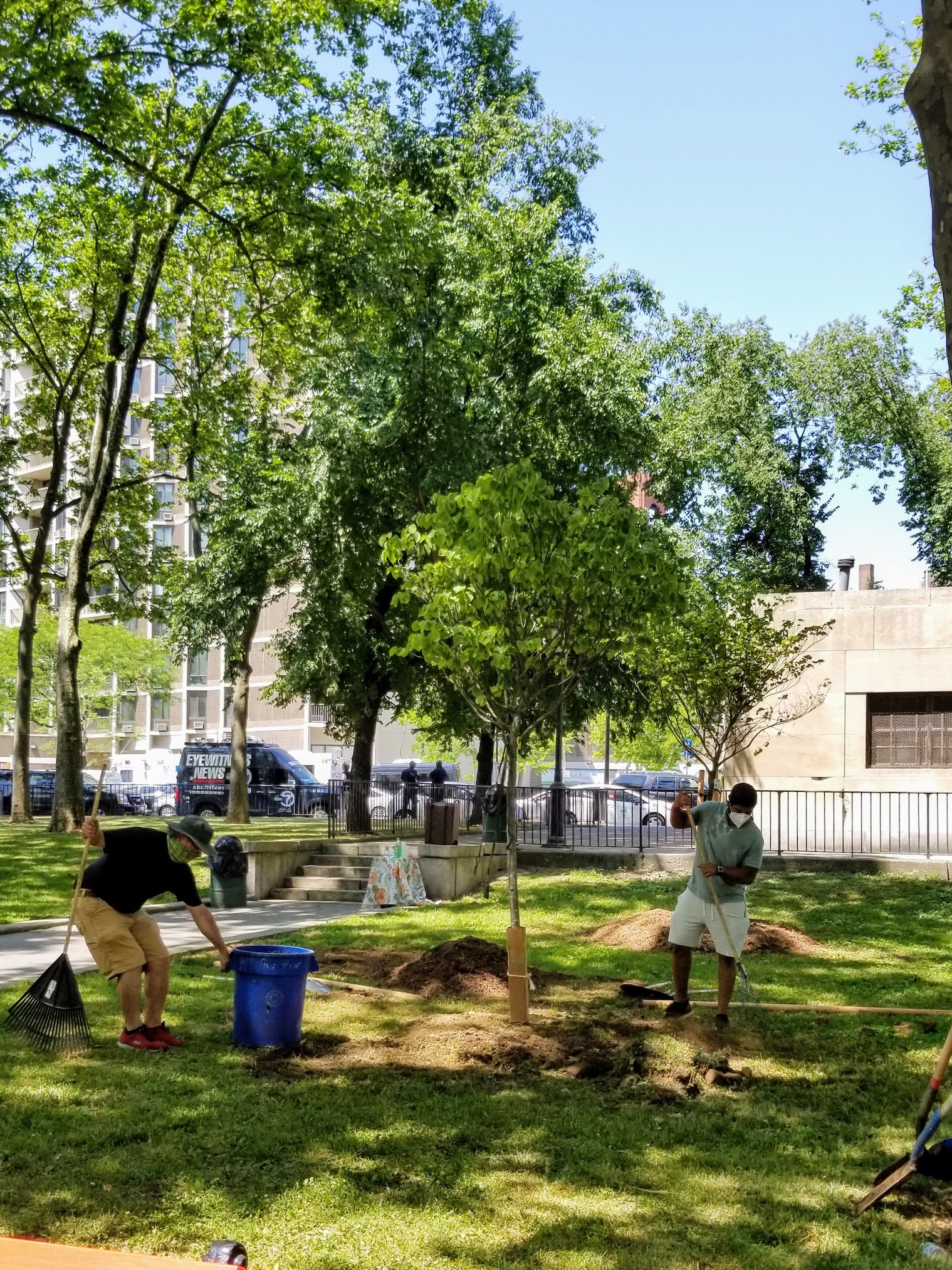 In my six years as commissioner I have been committed to creating safe, inclusive spaces for staff and parkgoers, alike. Striking at the heart of this commitment, we must acknowledge at this time the history of our nation, recognize the inequities laid to bare in the course of the creation of our parks system, and recommit to be active agents for change, progress, and equity. NYC Parks believes Black lives matter—our review of park names and the planting of our Juneteenth Grove is only the beginning of our renewed efforts to address inequities in our system for the city and for our employees. We are doing this, if for no other reason than, our Black lives matter.

There are also newly designed banners marking the area, as well as temporary painting of 19 existing benches in the colors of the globally recognized Pan-African Flag. 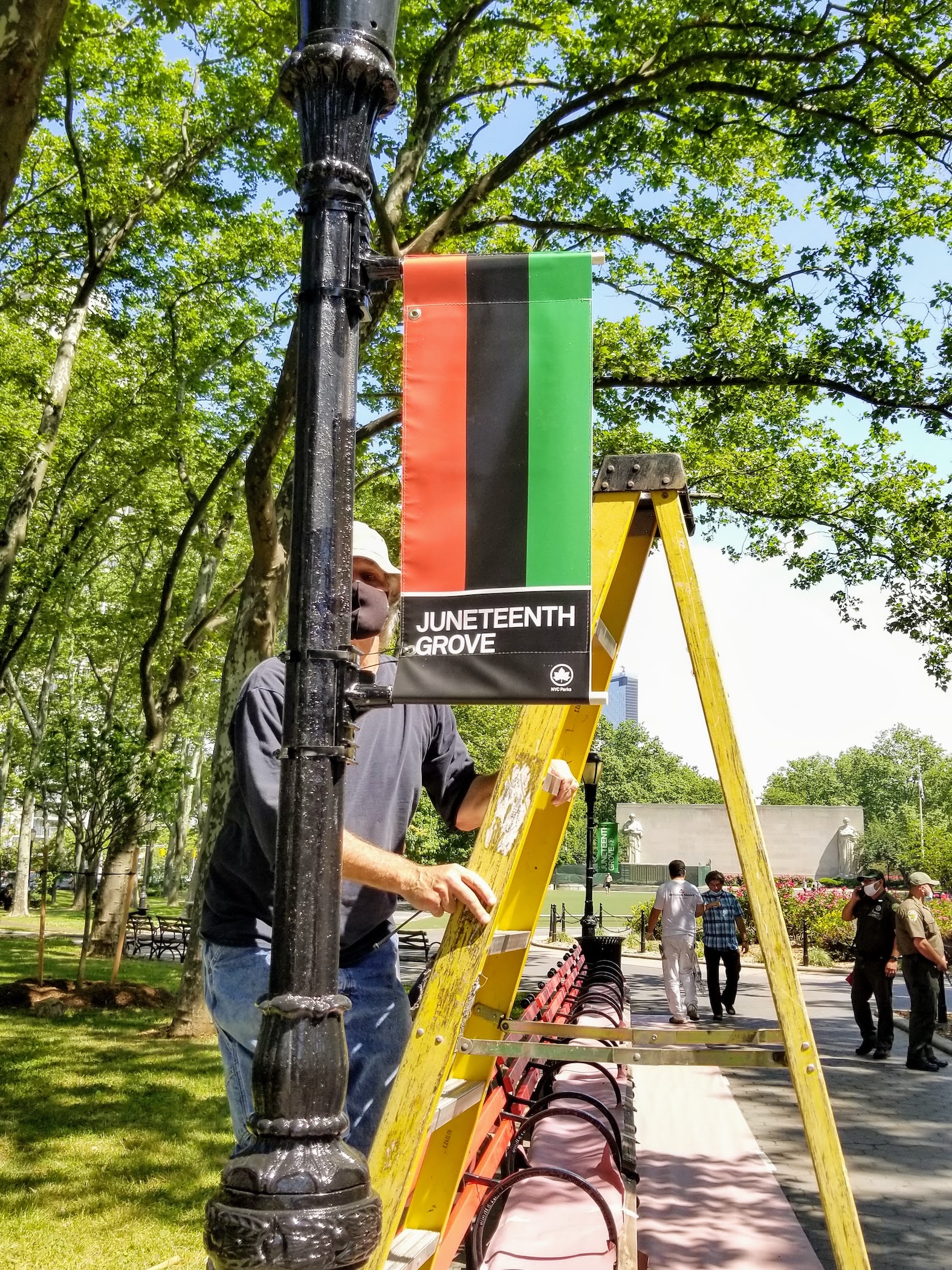 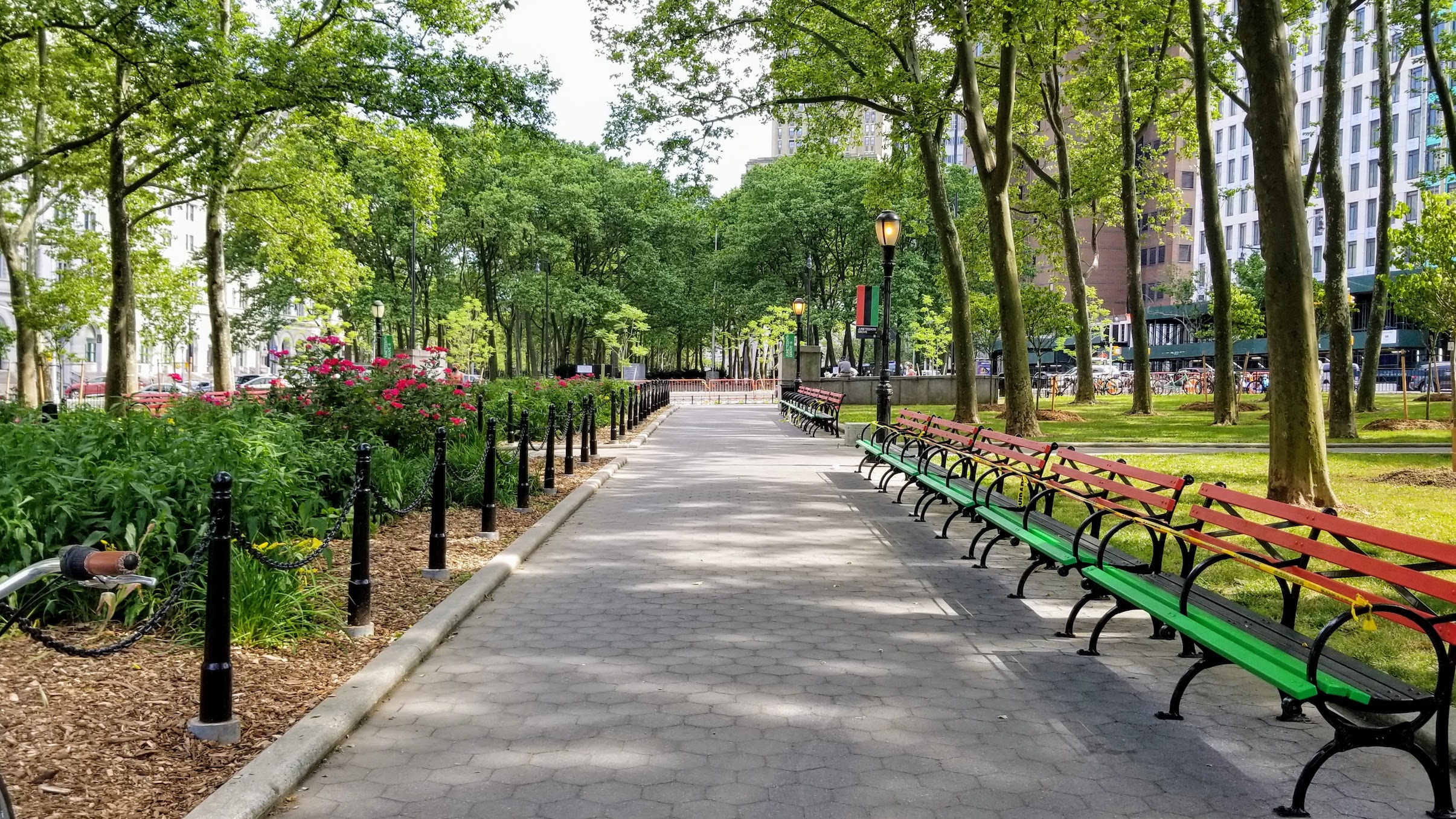 What is Juneteenth? Henry Louis Gates, Jr. explains in a piece published in The Root that its origin came from a Union Army general’s order dated June 19, 1865 that proclaimed “The people of Texas are informed that, in accordance with a proclamation from the Executive of the United States, all slaves are free.” According to Prof. Gates, “When Maj. Gen. Gordon Granger issued the above order, he had no idea that, in establishing the Union Army’s authority over the people of Texas, he was also establishing the basis for a holiday, ‘Juneteenth’ (‘June’ plus ‘nineteenth’), today the most popular annual celebration of emancipation from slavery in the United States. After all, by the time Granger assumed command of the Department of Texas, the Confederate capital in Richmond had fallen; the ‘Executive’ to whom he referred, President Lincoln, was dead; and the 13th Amendment abolishing slavery was well on its way to ratification.” The blog recommends reading the entire piece for the full fascinating history of Juneteenth in The Root.